Work From Home New Rule: The threat of the Omicron variant of the third wave of corona is increasing across the country, in such a situation, to keep people safe and prevent the spread of corona infection, the central government work from home Discussions have been started regarding many private MNC companies like Infosys, Tata Consultancy, RPG Group Adi has allowed his employees to work from home. That is, now the employees will be able to choose the option of work from home, for which in the draft issued by the Ministry of Labor. menu factoring, Mining And service sector Work from home (New Rule) facility will be made available to the employees associated with it. Let us know the detailed information about the new rules of work from home issued by the government.

Government of India took the salaried employees from the rising corona crisis in the country Now work form home The decision is going to be taken soon to start again, this decision is being taken by the government considering the work from home facility to prevent the increasing infection of corona for 2 years for the employees and their families, where earlier only private Employees of companies were taking advantage of this facility, now the work of government employees is also being discussed by work from home, for which new rules will also be prepared by the government for this big change, which will be implemented by the employees. will need to be followed.

Government is bringing new rules for work from home

by government Work From Home According to the information received on the new rules implemented for Housing Rent Allowance (HRA) can be cut. Other than this infrastructure reimbursement cost It can also be increased, for which preparations will be started soon to implement this rule according to the needs of the service sector.

According to the information received in the draft issued by the Ministry of Labor, keeping in mind the employees of certain sectors such as the employees of the IT sector, they will be provided with the convenience of working hours as well as special exemptions. associated with IT sector All the employees will be able to get the benefit of this, for which the Ministry of Labor has also asked the general public to give their suggestions on the rules issued for work from home in the draft issued.

Due to Corona in the country, for a long time, companies providing work from home facility to their employees were putting more workload than them, for which many complaints were sent by the employees. Due to excessive work, if the work was not completed on time, then they were in danger of losing their jobs, in such a situation, the employees should be given calling or online work only in the working hours from the companies and after the end of the shift, they should not work. Even if taken, the government will soon implement new rules. 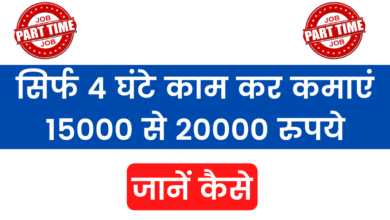 7th Pay Commission: Good News for Central Employees! DA will increase in January, understand how much will be the increase in salary 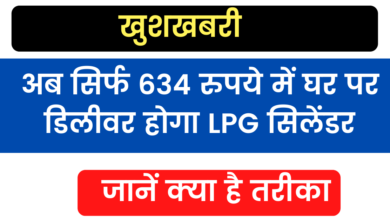 Good News! Now LPG cylinder will be delivered at home for just Rs 634, know what is the way