Uttar Pradesh Situated in the Collectorate Campus at Hathras of Water tank But on Tuesday a woman climbed up. He did high voltage drama for a long time. As the woman climbed the tank, there was an atmosphere of chaos in the collectorate premises. After a lot of persuasion by the officers, the woman got down from the tank.

so the woman on the tank

Sunita Singh, a resident of Ratankunj Colony of Hathras, alleges that she is making rounds of the municipal offices regarding the transfer of shop number four of the municipality. They allege that despite several complaints, the complaint has not been resolved. It is alleged that a babu is demanding a bribe for the transfer of the shop. In this regard, he also complained in the resolution day on June 17.

A woman did a high voltage drama by climbing a water tank in Hathras, Uttar Pradesh.#ViralVideos pic.twitter.com/CJzJCAJT8a

Sunita says that a bribe of 50 thousand rupees was demanded from her by the executive engineer and other employees involved in the corruption of the municipality, about which a complaint was made to the top officials, but no one listened. I had informed the District Magistrate that if I do not get justice, I will commit suicide. For the same justice, today I have tried to commit suicide by climbing the water tank in the collectorate premises, but I have been assured by the Additional District Magistrate that he will transfer my shop. At the same time, all the officers including the DM, who had climbed the tank, took them off, but everyone seemed to avoid saying anything.

In this case, ADM Basant Aggarwal consciously brought the woman down from the tank and called the concerned officers of the municipality and instructed them to solve the problem and said that the problem of the woman related to the shop should be resolved immediately.

The woman has already blocked the road

Sometime before today also, Sunita Singh came on the road and blocked the road by sitting on the ground near the overbridge. At that time, the road was jammed for a long time, then the concerned police station Hathras Gate police reached the spot and explained a lot to the woman, after that the jam could open, but even after that till date the woman’s shop could not be transferred, about which Sunita Singh reached the district headquarters collectorate and climbed the water tank and created a ruckus about the shop. 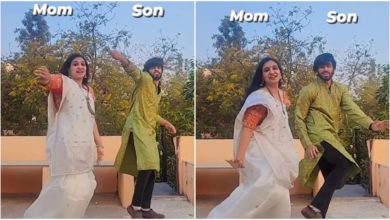 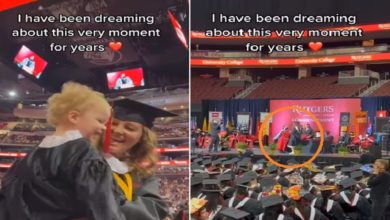 Viral Video: When a woman reached the stage with her child in her arms to receive a degree, people welcomed with applause 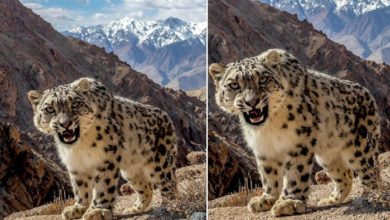 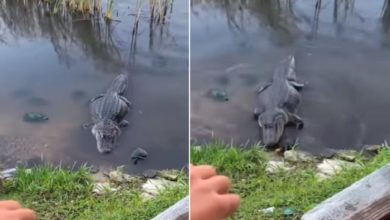 VIDEO: When the turtle snatched the morsel from the crocodile’s mouth, you will be left laughing after watching the video