The Indian team has slipped to number five in the World Test Championship 2021-23, the question is, can Virat and Co still decide the way to the final?

Test series against South Africa team india (India vs South Africa) Hardly anyone would have thought that he would have to face defeat. South Africa’s team was inexperienced, especially its batsmen did not play much Test cricket. In the last one year, the South African team played only 5 Tests, while on the other hand, the Indian team Virat Kohli (Virat Kohli)Was equipped with legends like KL Rahul, Cheteshwar Pujara, Rishabh Pant, Ajinkya Rahane, Jasprit Bumrah, Mohammed Shami, R Ashwin. By winning the Centurion Test, the Indian team had also indicated that this time it would win the Test series in South Africa, but the opposite happened. South Africa’s considered weak team defeated Team India in Johannesburg and Cape Town to win the Test series 2-1 and now after this defeat, the World Test Championship 2021-23 for the Indian team. (WTC 2021-23) The road to reaching the finals has become very difficult.

Team India, which performed amazingly in the first World Test Championship, has done a disappointing performance this time. Of course, the Indian team has taken a 2-1 lead in the best cricket game in England, but the last test of the series is yet to come and in July it will be known who will be the winner of the series? Team India has won only one series so far and in that victory too, it has got a setback. Let us tell you how the road to the final of the World Test Championship has become difficult for Team India and what obstacles will it have to overcome to reach the title battle?

Why is India in trouble in the World Test Championship?

According to the latest points table of World Test Championship 2021-23, Team India is currently at number 5. The Indian team has won only 4 out of 10 matches while 2 were drawn and one match was canceled due to Kovid. Team India will play this canceled match in England on July 1. Team India’s campaign in the current World Test Championship started from England itself, where Team India lost a match in 4 Tests and was ahead 2-1 till the series stopped. The match to be held on July 1 will know whether Team India will win the series or not? Well after this Team India defeated New Zealand 1-0 at their home, although it also got a big setback in this victory. Actually Team India could not win the first match played in Kanpur and New Zealand got the Test drawn. Team India could not drop New Zealand’s last wicket and this draw resulted in loss to Team India in the points table.

Now in the South Africa series, Team India was expected to win the Test series, although then it got a setback. After winning the first Test, they lost 1-2 series. Due to this defeat, the Indian team has slipped to the 5th place.

Team India will have to win the remaining matches?

Team India now has to play 3 more test series in the World Test Championship and has a total of 9 matches left. The Indian team will play their next series against Sri Lanka at their home in which there will be 2 matches. Indian team will have to win this series 2-0 in any case. After this, Team India will go on a tour of England in July where they will play the last match of the remaining series at Edgbaston. Winning this match is also very important for Team India.

In October, the Australian team will tour India in which 4 Tests will be played. In this series, it will be necessary for Team India to win every match, not just the series, because a defeat will spoil its position in the points table. After this Team India will have to go to Bangladesh for a series of 2 Test matches. Starting at the end of November, this series will also be no less than a challenge because Bangladesh is considered to be a very powerful team on its soil and has recently troubled Australia, New Zealand at their home.

How was the performance of Team India in the last World Test Championship?

Now talking about the last World Test Championship, the Indian team got the ticket to the final by securing the number 1 position in the points table. In the World Test Championship 2019-21, India won 12 out of 17 Tests, lost only 4 and 1 match was a draw. India had lost only one series in the last World Test Championship, while they had won five. India beat West Indies 2-0 at home, South Africa 3-0 at home, beat Bangladesh 2-0. However, Team India lost 0-2 in New Zealand. But after this Team India defeated Australia by 2-1 at their home. In the end, they made it to the final after beating England 3–1 in the home series. Team India’s performance in the last World Test series was amazing but this time it has not started well. Well, Virat and Co still have a chance, although it is very important to perform at their best to reach the finals. 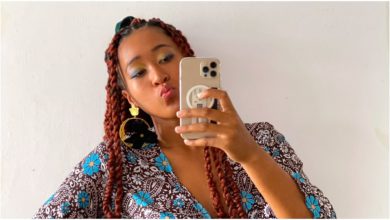 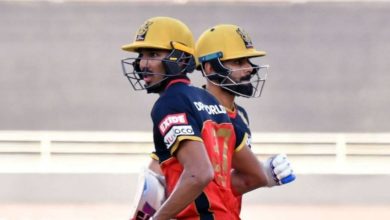 Kohli left, this player was heartbroken, forgot to score runs, did not reach 10 runs in 7 innings of 10 matches