A lion named Dark Mane Avoca gets trapped in the middle of a herd of wild buffalo in the jungle of South Africa. After this, the buffaloes continue to thrash the lion for about 15 minutes. Its video has also surfaced.

Buffalo wreaked havoc on the lion

just like that Lion He is the ‘king of the jungle’, but there are some animals who even teach a lesson to the lion when the time comes. Now take a look at this clip which is going viral. A lion wanted to make someone from the herd of buffaloes his prey. But the very next moment the bet turns upside down. Video can be seen in bison They wreak havoc on the lion in such a way that they suffocate the king of the jungle. In other words, buffaloes remind the lion of his grandmother.

Lion is so powerful that it can kill any animal in minutes. This is the reason why the whole forest trembles with one of his roars. But, there is such an animal in the forest, which has the power to fight even with lions. That is a wild buffalo. If it comes on its own, then it can force even the lion to retreat. At present, one such video has surfaced on social media. In which it became difficult for a lion to mess with a herd of buffaloes. In the viral clip, you can see that the lion engages with the buffalo for the purpose of hunting, but the next moment the whole game turns upside down. Wild buffaloes become havoc and fall on the lion. After this, they keep beating him till he is half dead.

Watch the video here, when the lion had to fight with wild buffaloes

This video of the fight of lions and buffaloes has been shared on Instagram with an account named deon_wildlifephotography. According to the user, in the jungle of South Africa, this lion named Dark Mane Avoca gets trapped in the middle of a herd of buffaloes and struggles for his life. The lion was badly injured in this fight. The buffaloes kept thrashing the lion for about 15 minutes.


This video is now becoming increasingly viral. So far more than 21 thousand people have liked it, while the video has been viewed lakhs of times. Apart from this, many people have commented. Most of the users looked worried about the plight of the lion. One user has written, it is sad to see such plight of the king of the jungle. Whereas, the other says that the wild buffaloes reminded him of his grandmother. Another user has written, it is feeling bad to see the lion getting half-dead. 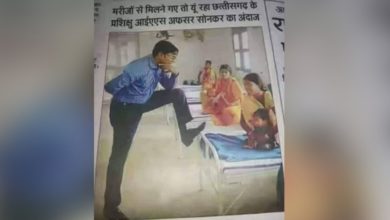 Fact Check: See the style of the IAS of Chhattisgarh who went to meet the patients, know what is the truth of the viral photo

Jokes: The boy gave a wonderful answer to the beautiful girl, the people laughed and laughed 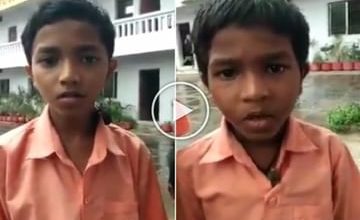 These little students have amazing knowledge, everyone was surprised to hear the Mahabharata-Ramayana ‘saga’, people said – ‘Get admission here only for the children’ 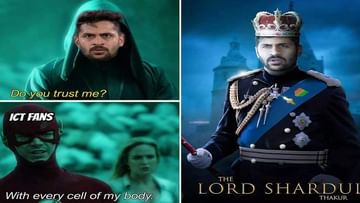 The wonderful bowling of Lord Shardul broke Zimbabwe’s back, the fans said – breaking pairs is their passion