This wonderful video of the little girl has been shared on the social media platform Twitter with an ID named @Gulzar_sahab and the caption reads, ‘See the reaction of the girl when she heard the voice for the first time’. This video of just 51 seconds has got thousands of views so far.

There are many people in the world who Deaf mute Means they are deaf and dumb. Among them the number of children is also not less. According to an estimate, there are around 40 lakh deaf and dumb children in the country. There itself, World Health Organization A report by says that every year more than 27 thousand children in India hearing impairment Suffering from it means deaf are born. Many of these children are also such that they can be cured if they get treatment at the right time, but there is a lack of awareness among the people about it. Many such devices have come in the market, with the help of which children can be made free from hearing impairment. social media But nowadays a related video viral It is happening, after seeing which you may become emotional as well.

Actually, a small girl was suffering from hearing disorder since birth, that is, deaf, but when she heard someone’s voice for the first time with the help of an ear machine, her reaction was amazing. Her giggle was such that tears welled up in anyone’s eyes. In the video you can see that a woman is holding a small girl in her lap, while another woman is sitting next to her, who is probably a doctor. She tries to put a small device like an earphone in the child’s ear, but during this the child cries a lot. However, when that device is put in his ear, the woman starts calling him while speaking. Hearing this, a wonderful smile comes on the girl’s face.

See how the smile came on the girl’s face

See the baby’s reaction when she heard the voice for the first time ❤️🥺 pic.twitter.com/AqSwEJwNVs

This wonderful video has been shared on the social media platform Twitter with an ID named @Gulzar_sahab and the caption reads, ‘See the reaction of the baby girl when she heard the voice for the first time’.


This video of just 51 seconds has got thousands of views so far, while hundreds of people have also liked the video and given different reactions. People are calling the girl’s smile cute. 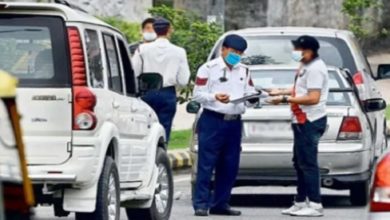 Viral Pic: Delhi Police’s tweet shadowed on social media, message given in a unique way not to drive under the influence of alcohol 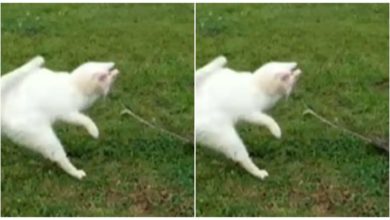 Viral: In the garden, the snake attacked the cat again, something like this happened, the cat ran away by pressing its tail…watch video 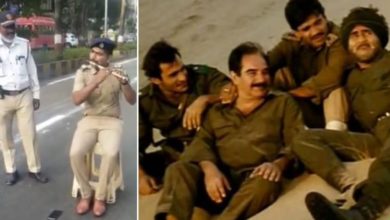 Viral Video: Mumbai constable played the tune of ‘Sandesh Aate Hain’ on flute, people were mesmerized after watching the video 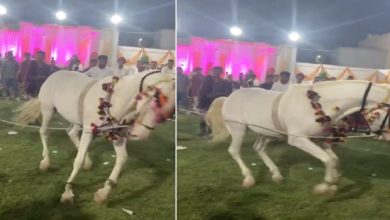 Viral Video: The horse also danced fiercely in the wedding, people were surprised to see the video