This video of UP Police Constable winning the hearts of people

This beautiful video of a monkey and a policeman has been shared by the UP Police with its Twitter handle @Uppolice. Along with this, it is written in the caption, ‘UP 112, understand everyone’s mon-key.

By the way, every hour some video keeps going viral on social media. But some of these videos are such that they directly touch the hearts of the people. Currently, the micro blogging site is on Twitter. Uttar Pradesh Police A similar video of a constable of (UP Police) is going viral very fast. After seeing this, the people of the Internet are not tired of praising the policeman. Actually, in the viral clip, the policeman is seen lovingly feeding sweet mangoes to a monkey and his child. At the same time, the monkey is also happily enjoying this moment.

In the video that is going viral on Twitter, you can see a constable opening the door of a patrol vehicle and chopping mangoes, while a monkey carrying a child patiently waits to get mangoes, gazes at the policeman. . You can see that after cutting the mango, the constable shares its piece with the monkey. This moment is winning the hearts of the public of social media. People are praising the policeman fiercely. In the video you can see that monkeys are also happily enjoying mangoes.

This beautiful video of a monkey and a policeman has been shared by the UP Police with its Twitter handle @Uppolice. Along with this, it is written in the caption, ‘UP 112, understand everyone’s mon-key. Well done constable Mohit in Shahjahanpur to make good deeds ‘aam baat’. Uploaded on the evening of June 12, this video has been viewed about 60 thousand times till the writing of the news. At the same time, more than 3 thousand people have liked the post. This number is continuously increasing. At the same time, after watching the video, people are continuously registering their feedback.

Some cops are good too. https://t.co/iYhf9xJ7HE 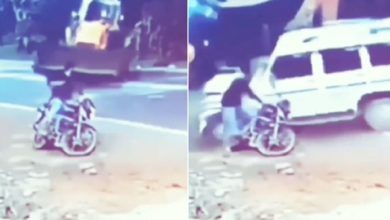 Shocking Video: A person riding a bike saved on the way to death, the soul will tremble after watching the video 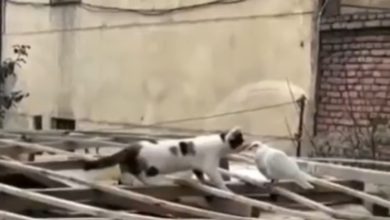 Viral Video: The cat was seen kissing the pigeon’s forehead with love, IAS said this by sharing the video 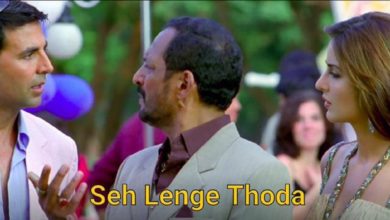 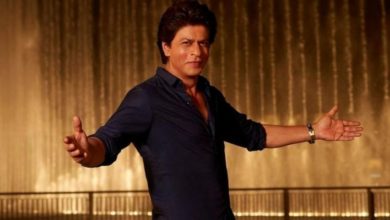