The snake seen in the video is a reticulated python, which is considered to be the world’s longest snake on earth. The maximum length of pythons of this species can be up to 32 feet. It can also swallow humans.

Have you ever seen a snake climbing a tree?

you ever snake Must have seen it crawling on the ground. In fact, seeing the speed at which these creatures crawl, anyone’s heart should panic. But have you ever seen snakes climbing trees? If you haven’t seen it, take a look now. For now, on social media Python One such video has surfaced, in which he is seen adopting a special technique to climb the tree. But Video You will also be shocked to see the speed with which this python is climbing the tree.

People’s condition becomes thin as soon as they see the python. It is said that its grip is so strong that if it catches someone, it can do all its work in minutes. However, it is such a heavy snake that it cannot crawl fast enough on the ground. But seeing the video that has come out of him climbing the tree, you will also get goosebumps. In the video going viral, you can see that the python first hits the coil, then moves rapidly upwards. After this, doing the same process again and again and again climbs the tree. But seeing this method of climbing the python tree, you will also be terrified. Because, in the viral clip, the python is seen climbing the tree very quickly.

Watch the video of a dragon climbing a tree here

‘Reticulated pythons’ are one of the longest snakes in the world and can grow up to 32 feet #wildlife #nature #animal #Earth #Rewilding #phyton #biodiversity pic.twitter.com/99YMKt1Ld7

This surprising video of a python climbing a tree has been shared on the social media platform Twitter with the handle @LeonyMerks. According to the user, this is a Reticulated Python which is considered to be the world’s longest snake on earth. According to reports, the maximum length of pythons of this species can be up to 32 feet. It can also swallow humans. This species of python is found in South and Southeast Asia. Social media users are quite surprised and shocked to see this clip of just 20 seconds. Because, in the video, the python is seen climbing the tree very fast. 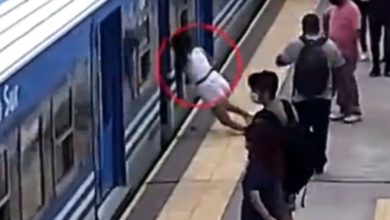 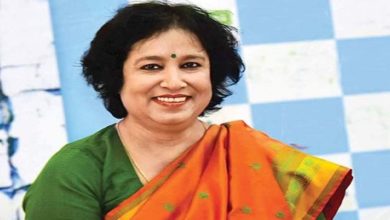 Taslima Nasreen was declared dead by Facebook, finally the writer had to tell ‘I am alive’ 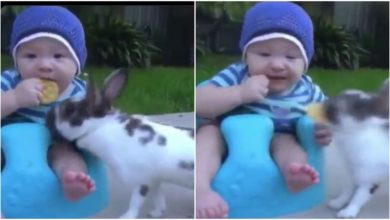 Funny: The rabbit took away the biscuit from the child’s mouth, watching the viral video will make your day 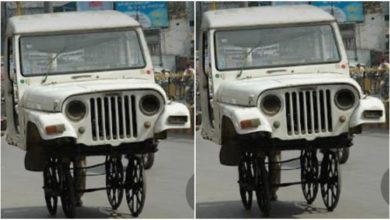