A shocking video of a person has surfaced on social media these days. In which he wanted to climb on the horse by hitting the style, but then something happened, due to which his understanding remained in the ground.

Some people are very strange, seeing which you can say that there is no shortage of idiots in the world because sometimes these people get caught in trouble due to their strange deeds. Takes. Many videos of such people are filled on social media. In recent times also of a similar gentleman Video (Viral Video) is in discussion. After seeing that, you will also say that whatever you do, you should fill it. In the world, where some people are animal-bird lovers, there is no shortage of such people who disturb the animals without any meaning, but sometimes such actions of humans put them in trouble. Now look at this video that came out, where the person wanted to jump on the horse but the horse taught him a lesson that now he will think a hundred times before riding a horse in life.

In this clip going viral, you can see that a horse is visible. On which a person jumps and tries to sit, but the horse is in some other thought and the horse moves its back two legs rapidly. Which goes straight to the chest of the person. According to the way the person got kicked by the horse, it does not seem that he must have been safe.

This video has been shared on Twitter by an account named @solo_Accident_. Till the time of writing the news, more than 35 thousand people have liked it. Apart from this, people are giving their feedback by commenting on it.

Never risk to touch the back of the horse they can kick you The body language is so important , they feel safe if you approach it from the front & his eyes are watching all directions , any sense of treachery behind his body may cause harmful to him , a bad reaction will happen

What a silly jumping


After watching this clip, a user commented on the video and wrote that before ever riding a horse, it is important to understand its body language. On the other hand, another user wrote, ‘This guy will think a hundred times before riding a horse next time.’ Apart from this, there are many other users who have given their feedback on this. 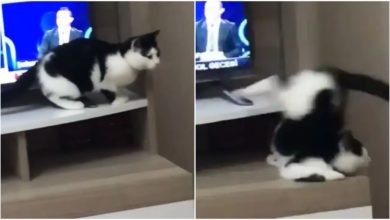 The cat wanted to jump from the table and go to the other side but the balance spoiled the whole game, watch funny video

Seeing the crowd, the bull was stunned, such a kick hit the person’s face that it was piled, see VIDEO 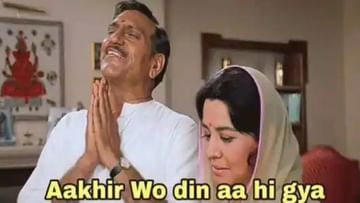 Before the Indo-Pak match, people filled social media with memes, fans said – why this match is not starting…! 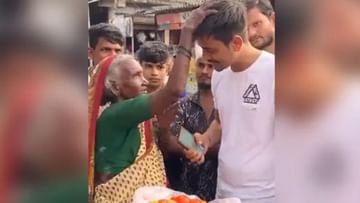 The boy helped the old lady who picked up the garbage, the video touched the hearts of the people