These days a video of a person is going viral in the internet world, in which a person is doing such a dance on the beat of the drum, after seeing which you too will not be able to control your laughter. During his dance, he sometimes beats and sometimes salutes.

In this 29-second video, you can see that a person is dancing in a different corner away from the crowd. During his dance, he sometimes beats, sometimes salutes, his dance steps are so funny and funny that people cannot control their laughter after seeing him.

As soon as the training was over, the young man reached the friend’s procession. pic.twitter.com/Vh7BqQokaZ

This video has been shared on Twitter by @ipskabra. With which he wrote the caption, ‘The young man reached the friend’s procession as soon as the training was over. ‘ which has got more than 1.50 lakh views till the time of writing this news. Along with this, people are giving their own feedback on this video.

If only ! All the youths dancing in the procession, similarly do police training, exercise. So health will improve, and discipline will be seen.

If someone had spoken careful in the middle, then this dance would have stopped.

Many times it also happens that a man does not know how to dance and is forced to dance under pressure, in such a situation, this performance comes out.

PS: This guy’s dance is very close to my dance art.

After watching this video, a user commented and wrote, ‘This is what happens when someone does not dance and is forced to dance.’ Another user wrote, ‘Maybe this is the reason why CO sir does not give leave to go to the wedding.’ Apart from this, many other users have made funny comments on this video. 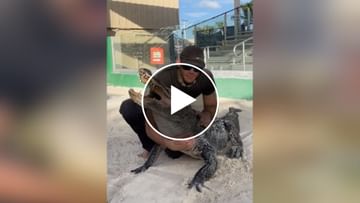 This dreaded crocodile, who obeys everything, plays in his lap; If you don’t believe then watch VIDEO 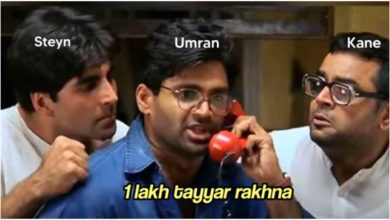 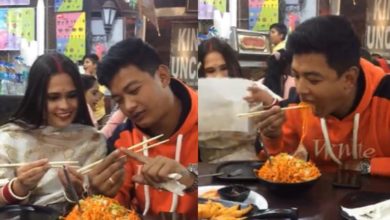 Viral: Husband taught his wife how to hold chopsticks, watching the video, the public said – So Cute 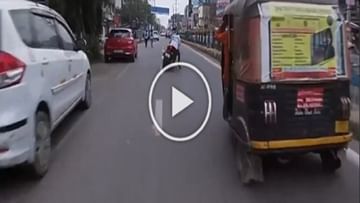 Ae Bhai Dheere: Had to show stunts on the moving road, the boy dragged on the face