These days a video of a school in Madhya Pradesh is going viral on social media. In which children are forced to take classes by wearing umbrellas. Seeing such condition of the school, users are getting very angry and commenting and giving their feedback.

Every day some or the other video comes on the internet. Discussion The subject remains. Many times it is seen here that people are surprised after seeing it. Whereas sometimes we get to see some such issues, after seeing which people start making fun of them. In recent times one such Video has come to the fore. Where a child is seen studying with an umbrella inside the class.

In the video you can see that the teacher is teaching and the children are present with umbrellas. The roof is so bad that water is dripping from all over the place. In such a situation, children are seen with umbrellas in their hands to study. After seeing this clip, people are quite surprised and after watching it they are seen condemning the administration.

This video going viral is being told of Ghansor in Seoni district. The teachers present in this regard say that children do not come to school during the rainy season and those who come have to bring an umbrella. The principal of the school told that he had complained about this in the month of May, but till now the concerned authorities have not taken any action on it.

In the Shivraj government in Madhya Pradesh, on the one hand, the state-of-the-art CM Rise School has made big claims and on the other hand, the students were forced to put umbrellas inside the school to avoid water dripping from the roof in the primary school of Khairikala village of Seoni district of the state. This is the reality of Shivraj government pic.twitter.com/QApypA4QOm

Congress state president Kamal Nath’s media coordinator Narendra Saluja has raised questions on the functioning of the government by sharing the video. Till the time of writing the news, hundreds of people have seen this video and their feedback is being given by commenting. One user wrote, ‘All the rulers sitting in luxurious buildings should be ashamed’, while another user wrote, ‘The bitter truth, showing the hollow claims of ‘Sarva Shiksha Abhiyan’ and ‘School Chalen Hum’.’ Apart from this, many other users have given their feedback on this. 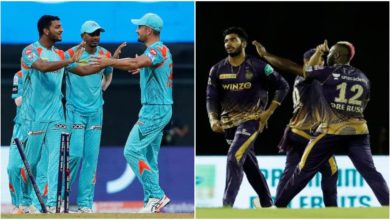 #LSGvKKR: Knight Riders will fight the team of Nawabs in the hope of victory, fans gave funny reaction by sharing meme 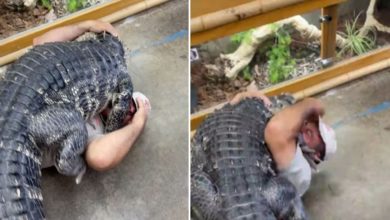 Crocodile was hugged by a person like this, the video that gave goosebumps went viral 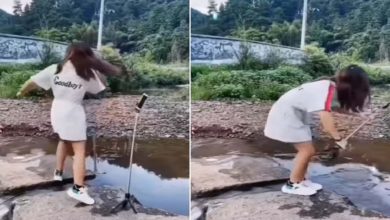 The camera fell in the water in the process of making a video, then see what the girl did 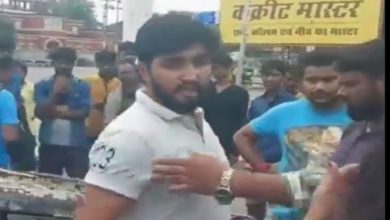 The ruckus on Agnipath, seeing his burnt car, the young man cried bitterly, said – will it get a job?