Where in earlier times a disciple used to touch the feet of the Guru and seek his blessings, whereas in today’s time, the opposite Guru is falling at the feet of his disciple. A video of an incident embarrassing the relationship of Guru and disciple is becoming increasingly viral on social media these days.

It is said that God resides in the body of the Guru. Since ancient times, the relationship of Guru-Shishya has been unbreakable. The love of Guru-disciple is as selfless as that of parents. Guru is the only medium by which the disciple reaches the door of success, but with the changing times, this relationship also seems to have changed. Where in earlier times a disciple used to touch the feet of the Guru and seek his blessings, whereas in today’s time, the opposite Guru is falling at the feet of his disciple. Video of an incident that shames the relationship of Guru and disciple these days social media But it is going viral fast. Seeing this, you will also understand that the things respecting the gurus are the only things in today’s time, which people hear from one ear and remove them from the other ear.

According to media reports, this incident is from the Sal Technical Institute located in the Science City Road area of ​​Ahmedabad. Where parents of 12 students of first, second and fourth year of Diploma Engineering were called in the college due to less than 75 percent attendance. While some students reached the college with their parents, some students reached Akshat Jaiswal, the student leader of ABVP. Akshat also threatened about 100 students in the office of Principal Dr. Monica Goswami.

In the video going viral, you can see that ABVP student leader Akshat Jaiswal is behaving indecently and abusively with the principal. The matter did not end there, he threatened the principal Dr. Monica so much that Dr. Monica was forced to touch the feet of the student.


When this video went viral on social media, ABVP workers everywhere started thumping. This video has been shared on Twitter by a user named @bhaviksolankee. People are seen expressing their displeasure in the comment section of the video. Commenting on the video, a user wrote, ‘Looking at this video, it seems that today the relationship of Guru and disciple has become tarnished.’ On the other hand, another user commented and wrote, ‘Will India move forward by insulting its gurus.’ Another user commented on the video and wrote, ‘Strict action should be taken against such students and student leaders. 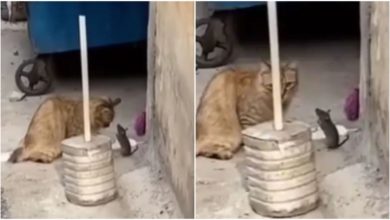 Seeing his death standing in front, the mouse got a wonderful mind, funny video went viral on social media 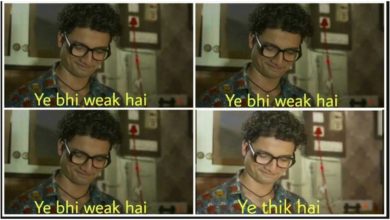 #CSKvSRH: Orange Army will compete with CSK for the first win, understand the whole situation of the match through memes 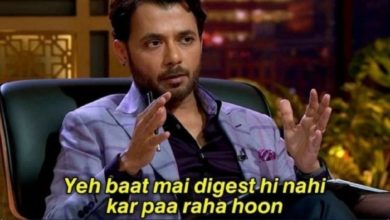 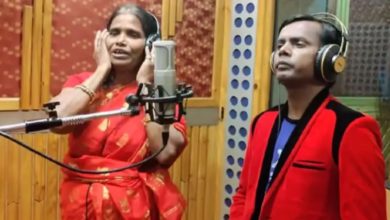