A video of a newly married couple is becoming very viral. Actually, in the video, the husband is seen teaching his wife to use chopsticks. After watching this video, a smile will come on your face too.

After watching this video you will also say – so cute

A video of a newly married couple is becoming increasingly viral in the ‘world of social media’. Actually, in the video, the husband is seen teaching his wife to use chopsticks. You will surely put a smile on your face after watching this video. The man seen in the video has been identified as Sai Gurung and the woman sitting next to him is his wife Akshita Gurung. This video is being liked a lot by social media users. So far more than 10 lakh people have seen it.

In the video going viral, you can see that the newly wed couple is sitting in a restaurant. Where both have ordered noodles to eat. During this, you can see how the husband is teaching his wife to use chopsticks to eat noodles. You will find this moment very cute. As you can see that when the man is explaining the nuances of chopsticks to his wife, then the wife is also smiling and learning it very carefully. There is a surprise package at the end of the video. You will see that the woman is seen using chopsticks like a pro. So let’s watch this video.

Let us tell you that this very cute video has been shared by the restaurant on its official account thapachinesewok. More than 70 thousand people have liked this video uploaded on December 8. This number is continuously increasing. At the same time, after watching the video, social media users are also continuously registering their feedback.

A user has commented praising the woman, ‘Let’s at least madam try it.’ At the same time, another user commented and wrote, ‘Both of you are looking very cute.’ Another user commented and wrote, ‘The way the husband is teaching his wife to use chopsticks, it looked very cute.’ Similarly, most of the users are lavishing their love on this couple. Overall, people are liking this video a lot.

Viral Video: The Great Khali wanted to give a message as ‘Juis Wale Bhaiya’, but got trolled by a mistake

Grandfather danced on DJ, only then the stick came in grandmother’s hand, video went viral 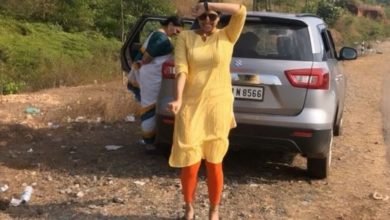 Woman dances vigorously on the roadside song Kacha Badam, this video has been viewed more than 80 lakh times 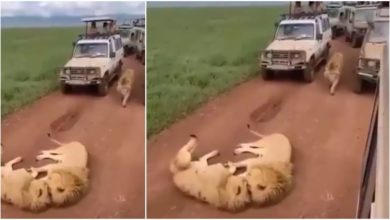 The lion’s family was seen resting on the middle of the road, watching the video, people said – ‘This is called protesting peacefully’ 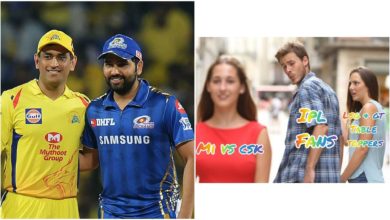 #CSKvMI: For a place in the playoffs, Rohit will take on Brigade, Dhoni’s fancier, understand through memes who will win ‘El Clasico’ of IPL 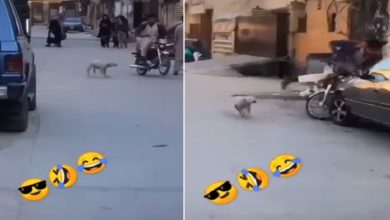