These days the picture of a horse is becoming increasingly viral on social media. In which he is seen traveling in a train full of passengers. After seeing which everyone is surprised.

social media (Social MediaBut every day some strange things keep coming to the fore. Many times it is surprising after seeing them, while at the same time some things also come to the fore. The ones who laugh. In recent times a similar Photo Which is in discussion among people, which will surely make you laugh. Often you must have seen a train full of passengers, where people do not even have a place to put their feet, but what if a horse starts traveling with people in such a situation? Yes, you read it right, one such case has come up from Bengal these days. Where a horse is seen traveling with the passengers.

Railways has not yet confirmed where this picture has been taken, but after seeing the video going viral, people have claimed that this picture is of Sealdah-Diamond Harbor Down local train in West Bengal. Passengers. objected to the person who boarded the train with the horse, but he did not listen to anyone.

A video of a horse traveling in a train is going viral. This horse is seen standing in the Sealdah-Diamond Harbor Down local train amidst a huge crowd of people. #India #IncredibleIndia #WestBengal pic.twitter.com/7PJfj5kWP6

In the picture going viral, you can see that many passengers are standing in a compartment of the train and at the same time a horse is also visible with them and two youths have put their hands on the horse. Whereas, another person has the reins of a horse in his hand. However, the passengers standing around are looking at that khoda with curiosity. After seeing this picture, people have raised the question that how such an incident happens during the journey.

According to media reports, there was horse racing in Baruipur area of ​​South 24 Parganas. The owner of this horse had participated in that competition and after the race was over, he started taking it back in the train itself. The Eastern Railway spokesperson has admitted that they have also received such a photo and have also ordered an inquiry into it. It is worth noting that the Railways have made separate rules for carrying animals by train and thus carrying an animal in the passenger compartment is a direct violation of the rules. 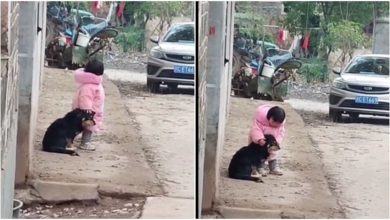 Viral: Doggy was getting upset due to fireworks, then seeing what the girl did, your heart will surely be happy 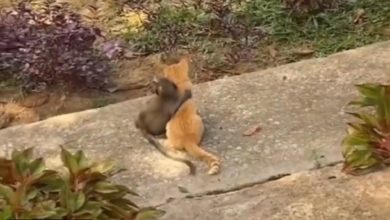 Have you ever seen such a friendship between a cat and a monkey? This viral video will surprise you 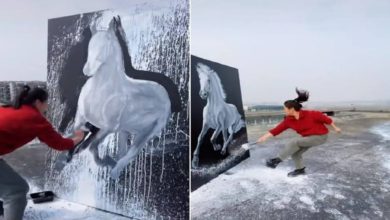 Viral Video: A woman made a beautiful painting of a horse in a unique style, people were stunned to see the video 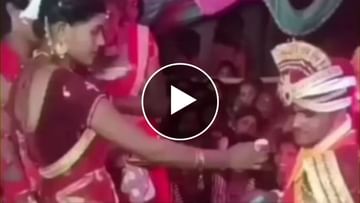 Viral Video: The groom did such an act in front of the bride on the stage of Jayamala, everyone’s laughter was missed, watch the video