These days a funny video of two elephants is becoming increasingly viral on social media. In which two elephants can be seen fighting with each other. After watching this clip, users are being given their own reactions.

Videos related to animals are becoming viral on social media. Their fight is often either for the female or the animals fight among themselves to establish their influence in their area. You must have seen the fight of lion, tiger and leopard many times but you must have seen very little fight of elephants because elephants are very understanding and calm animals under humans but sometimes they get angry and they attack humans. In anger, he destroys everything that comes in front of him. us on social media Video found. In which two elephants got angry about something. In anger, they did not attack anyone, but they clashed with each other.

In the video you can see that two elephants first move towards each other from a distance. After this, both of them collide in front of each other and bump their heads with each other. Whose voice is very loud. In the video, the man can be heard saying that an elephant has broken its teeth. Although it is not known where the video is from, but it is very dangerous.

This video has been shared on Twitter by @surenmehra. With which he wrote the caption, ‘The fight for dominance or existence’ has seen more than 4500 people on this video till the time of writing the news. Along with this, more than 300 people have seen this clip. Apart from this, many other users have given their feedback by commenting. 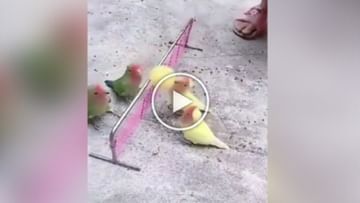 Birds were seen playing volleyball like humans, everyone was stunned after watching the video 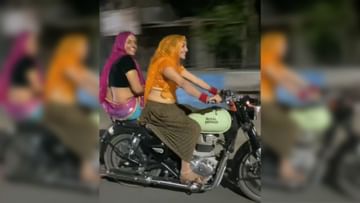 Woman seen running bullet on the road in desi style, people were surprised to see swag and confidence 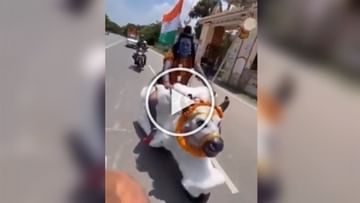 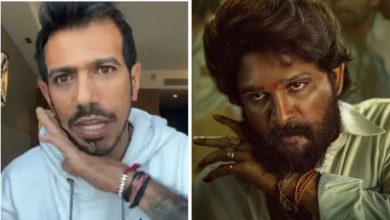 Video: Now Yuzvendra Chahal climbs on Pushpa Fever, said in a different way – Pushpa…Pushparaj, I will not bow down!