Director Vinod Tiwari said about his film ‘The Conversion’- ‘This film is for all those girls whose eyes are thrown into a deep well by putting a veil of love in their eyes. This is the path on which it is impossible to go back and forth.

‘The Kashmir Files’ (The Kashmir Files) with courage and testimony to the atrocities committed against minority Hindus in KashmirThe Kashmir Files) featured in the film. Now the film ‘The Conversion’ made on such a burning topic (The Conversion) is ready for release, which will highlight a serious issue like conversion. The director of this film is Vinod Tiwari. He told that ‘Vivek Agnihotri (Vivek Agnihotri) that ‘The Kashmir Files’ is an incident of cruelty in a region of India in the past, but in front of the eyes of the people all over India, Sanatani daughters are being confused and converted by a special class. They are played with their emotions and when their purpose is fulfilled, those daughters are punished with painful punishment or they are abandoned and left to wander.

What is in the film, Vinod Tiwari told ..

He further said- ‘There is always mention of such incident in newspapers and media, but no action is taken against the culprit. On the contrary, the girls are convicted. After all, who is really to blame? In this secular country, under the guise of religion, immoral and criminal acts are being done under a well thought-out conspiracy. There is no one to initiate on this. To make our daughters aware of such conspiratorial devils, we have made this film to open the eyes of the Sanatanis. Through his film, an attempt has been made to awaken the consciousness of the Sanatanis and the truth has been shown. What is the purpose of these conversions? What are the squares that have become snakes hidden in their sleeves?’

Director Vinod Tiwari said about his film ‘The Conversion’- ‘This film is for all those girls whose eyes are thrown into a deep well by putting a veil of love in their eyes. This is the path on which it is impossible to go back and forth. This is that cunning love, which is like a pitcher plant, which looks tempting, but with unbearable pain, does the work of killing a mole by mole. The film ‘The Conversion’ based on some true incidents of converting Hindu girls by trapping them in their seduction will be screened in theaters on 6 May 2022.

The film was premiered in New York

It was told that the premiere of this film made on the serious issue of conversion was kept in New York on 27 March. Where all the audiences who came to see the film were inspired by. Everyone resonated in the cinema hall with the slogans of Jai Hind, Bharat Mata Ki Jai and Jai Shri Ram. At the same time, the audience resolved that they would try to awaken the girls of their homes by showing this film. This film is the reality of the present times, which needs to be careful after gaining knowledge as soon as possible.

The government of Uttar Pradesh tried to rein in love jihad. Many laws were made. But it will be effective only when the public is awakened and this is what Vinod Tiwari is doing through his film. It is necessary for all Indians to watch this film, especially the women’s section, so that tomorrow they do not play with their feelings. Produced under the banner of Nostrum Entertainment Hub, ‘The Conversion’ is produced by Raj Patel, Vipul Patel and Raj Nostrum and directed by Vinod Tiwari. Anamik Chauhan is the composer of this film written by Vandana Tiwari.

Vindhya Tiwari, Prateek Shukla, Ravi Bhatia and Manoj Joshi have acted in the film. Vindhya Tiwari, who is playing the lead role in this film, says that ‘when she heard the story of the film, she became emotional. This is Vindhya’s first film, before that she has worked continuously in serials. Vindhya says that ‘this is a film showing the mirror to the society. To love is not a crime, but love full of deceit and coercion will not be tolerated. He has only one similarity in the character of the film that he is from Banaras. Vindhya is very close to her family and has unwavering reverence for Bajrangbali.

Ravi Bhatia has also worked in serials. He has played the character of Salim in ‘Jodha Akbar’ and in this film he will be seen in the role of Dev. He is influenced by Akshay Kumar and wants to do action-packed films. In this film, he enjoyed shooting the college scene and riding the bike. In this film, the character of Prateek Shukla will be seen in gray shade. He says that in the same character he has acted in many forms which will be known by watching the film. He has also acted in serials as well as modeling before this film. 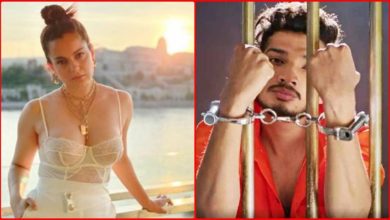 Lock Up Shocking: Comedian Munawwar Farooqui is not only married but father of a child? Big disclosure on the show

Liger Update: Final schedule of shooting of Vijay Deverakonda’s film Liger has started, teaser of the film has arrived 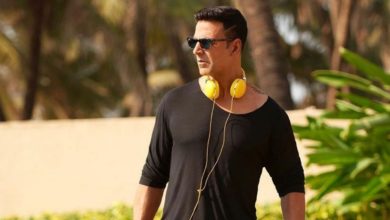 Akshay Kumar bought a new house, know why the actor took this apartment worth crores