It can be seen in the video that some lions were trying to hunt a big buffalo. They had already hunted it, but then suddenly some buffaloes reach there to help their partner.

Lions are considered one of the most dangerous animals in the world. Their roar is so strong that it can be heard even up to 8 kilometers away. Hardly you would know that a lion (Lion) can jump up to 36 feet. They catch their prey in a moment and then all the work. Similarly, he is not called the king of the jungle. You have many such on social media Videos ,Viral Videos) in which lions can be seen hunting. In front of them, even the biggest animals cannot stand. One such video of lion hunting on social media is becoming very viral nowadays, in which some lions were trying to hunt a big buffalo. They had already hunted it, but then suddenly some buffaloes reach there to help their partner.

In the video you can see how a herd of lions in the forest has broken on the buffalo, some are nudging it from the front and some from behind. At the same time, a lion sitting on the back of a buffalo is scratching it. During this, the buffalo tries hard to free himself from them, but after all he is caught by the lions, so how would they have left him so easily.

However, seeing his companion in trouble, a buffalo comes running there and picks up the lions and slams them. On seeing this sight, the rest of the lions immediately start running away from there. After this, some more buffaloes reach there running and raise the cots of lions. Eventually the lions have to leave their prey and run away.

It is not known where this video is from, but it has been shared on the social media platform Instagram with the ID name raze.baghahh, which has been viewed more than 1 lakh 23 thousand times so far, while thousands of people have Liked the video too. At the same time, many people have also commented on the video. One user has written, ‘Tell me who is the most powerful’.

read this also: The girl played such melodious music that the animals were drawn away, you too will be mesmerized by watching the video!

read this also: When the little dog started to play like a small child, watching the video would be laughing and laughing 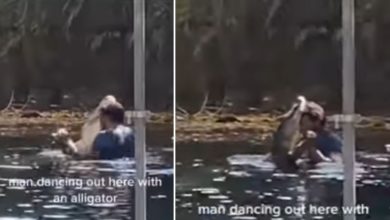 Viral Video: The person danced by hugging the crocodile like this, seeing you will also say – what is the chemistry 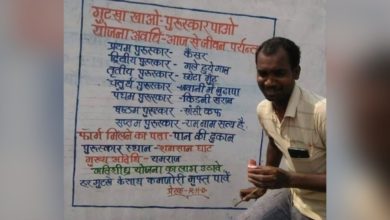 IAS Viral Tweet: Attention those who eat gutkha… don’t give up this bad habit or you will get these 7 rewards! 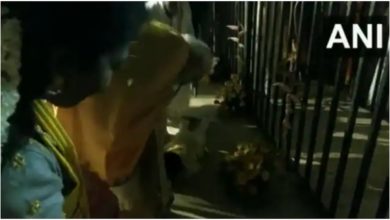 The child took blessings by bowing in front of PM Modi, people said – ‘These sanskars belong to the soil of our country’ 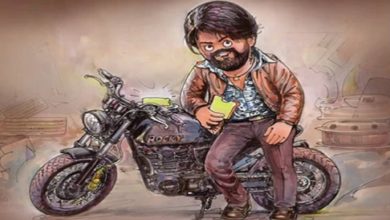