In the video you can see that the cat is holding a ball with its front legs and that ball is not taking the name of giving it to the dog.

Just as the enmity between a cat and a mouse is well known, so dog and cat ,Dog and CatThe animosity of ) is also well known. If the dog sees the cat, then they are not well. Dogs run them until they catch the cat or the cat hides somewhere after saving its life. However, in today’s time, some friendship is also seen between them. There are many people in the world who keep a cat along with a dog and keep both of them together, so that the enmity between them does not increase, but both live happily. However, despite this, there is some hesitation between them regarding some or the other thing.

Many videos of cats and dogs often go viral on social media, which also surprises a lot and some videos also make them laugh. One such video is becoming very viral on social media nowadays, in which a cat is holding a ball with its front legs and is not taking the name of giving the ball to the dog.

This funny video has been shared on the social media platform Twitter with the name @Laughs_4_All, which has been viewed more than 70 thousand times so far, while more than 4 thousand people have also liked the video.

At the same time, many people have also made funny comments after watching the video. One user wrote in a funny way, ‘The typical cat did not want anything more than to not let the ball go to the dog’. Similarly, many other users have made funny comments.

read this also: Viral: When the mouse suddenly started killing Gulati in front of the cat, hardly seen such a funny video

read this also: VIDEO: You must not have seen such a funny video of dogs, the heart will be happy 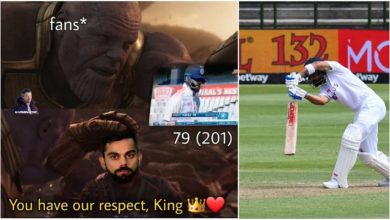 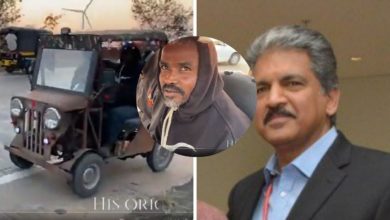 Maharashtra’s blacksmith family made a jugaad jeep, Anand Mahindra liked it, but Bhau turned down the offer 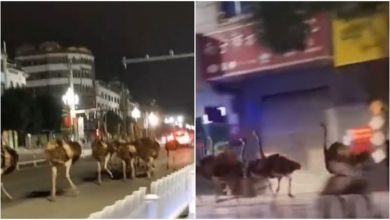 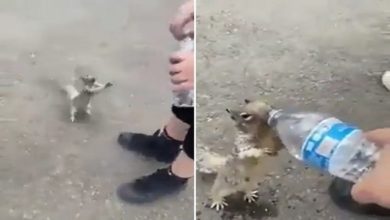 When the squirrel started insisting on giving water to the child on the way, you will be surprised to see this video