A loving couple from Texas has created panic on Tiktok with their unique videos. In this, the young man is seen tying his girlfriend with a leash like a dog, roaming around and treating her.

Boyfriend walks girlfriend like a dog, this unique love story in discussion

a young man girlfriend Not only does it roam around by tying it on a leash like a dog, but also feeds food in the dog’s bowl only. The surprising thing is that the girlfriend does not have any problem with his act, rather she enjoys it. social media But these days this unique lover couple love story Has boggled everyone’s mind. Because, knowing the reason given by the young man for doing this, you will also be stunned.

According to the video shared on YouTube on the channel named ‘Love Don’t Judge’, 30-year-old Lorenzo and 21-year-old Jenna, who live in Texas, have created panic on Tiktok with their unique videos. In this, Lorenzo is seen tying his girlfriend Jenna with a leash and treating her like a dog. In the video, Jenna can be seen ranging from sleeping in a cage instead of a bed to drinking water from a bowl like an animal, gnawing on slippers and jumping into the river. This strange hobby of Jenna has surprised people.

Watch here the video of Jenna walking like a dog


You will find it strange to hear, but Jenna likes to live like a dog. Boyfriend Lorenzo says that when he saw the animal cage for the first time, he was stunned. But he was forced in front of Jena’s love. Jenna told that she enjoys acting like a dog since childhood. But when this hobby overpowered him, it was not known. See the result that now he likes to be with his lover just like a dog. However, people also troll Jenna for this. Many people have even declared him insane. But these things don’t matter to Jenna anymore.


Jenna calls this unique love story of hers ‘Puppy Play’. According to him, Lorenzo is the best owner for him who cares for him. Jenna said, ‘I consider myself the luckiest puppy to have Lorenzo.’ Please tell that Jenna goes out on a walk with her lover by putting a leash around her neck just like a dog. At the same time, Lorenzo also treats him like the owner of a dog. 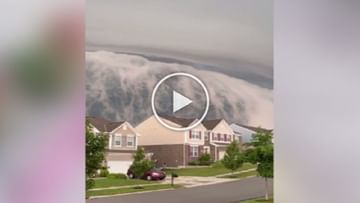 Is it a cloud or a terrible tsunami? The video confused people 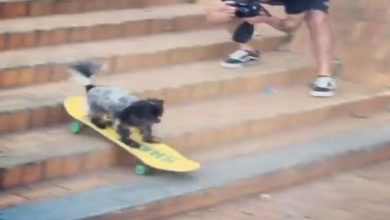 Have you ever seen a dog skating? Heart will be happy watching this funny video 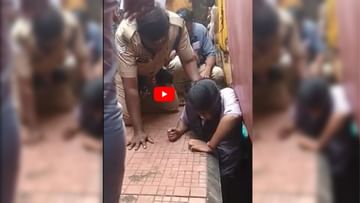 VIDEO: The girl was trapped between the train and the platform, RPF saved her life like this; see the dangerous scene