The Russian army is advancing towards the Ukrainian capital Kiev. At the same time, Ukraine is interacting with the world through its Twitter handle. In its latest tweet, the country stuck in the midst of war has said that they are now accepting donations in cryptocurrencies.

The war-torn country has said that they are now accepting donations in cryptocurrencies.

Russia (Russia) army of ukraine ,Ukraine, The capital is moving towards Kiev. At the same time, Ukraine is interacting with the world through its Twitter handle. In its latest tweet, the country stuck in the midst of war has said that they can now use cryptocurrency. (cryptocurrency) Accepting donations, including bitcoins (Bitcoin), includes ethereum and tether. Its details have also been shared with the Twitter handle of the Vice President of Ukraine. He has called on citizens to stand with him as Russia continues to issue strikes.

Some users said in the comments that they have verified the details with the embassies of the country. Many people on Twitter have expressed their willingness to help.

Ethereum co-founder Vitalik Buterin tweeted that he had spoken to the Embassy of Ukraine and the World Trade Organization and the embassy responded within five minutes that the information they had with them was accurate. He further said in the tweet that so, all the addresses have been verified. So do it. Don’t let this opportunity go by.

Russian President Vladimir Putin on Thursday waged a war to fully occupy Ukraine. Many people have lost their lives due to this. Whereas, more than 50 thousand people have had to leave the country in just 48 hours. This has also raised the fear of a new cold war in Europe.

India’s Permanent Representative to the United Nations has said that India is deeply concerned by the recent developments in Ukraine. He has appealed for all efforts to be made to immediately stop the damage caused by violence and war. He has said that no conclusion can ever be reached at the cost of human lives.

Apart from this, industrialist Elon Musk said that the Starlink satellite broadband service of his company SpaceX has been activated in Ukraine. A Kiev official appealed to Musk to set up a station in a war-torn country. Musk tweeted that the Starlink service is now active in Ukraine. Apart from this, more terminals are on the way, he said. A few hours before this tweet, Ukraine’s Minister of Digital Transformation Mykhailo Fedorov appealed to Musk to make Starlink services available in Ukraine.

read this also: Elon Musk came forward to help Ukraine in the midst of war with Russia, started his broadband service in the country 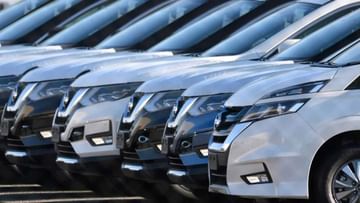 Strong jump in sales of auto companies in August, improvement in semiconductor supply and festive season 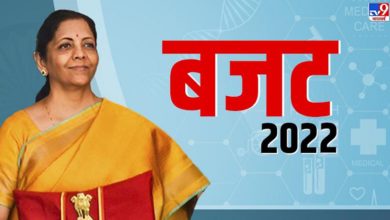 Budget 2022: Emphasis will be on infrastructure development, but no relief expected on tax front – Report