After the fall of the Thackeray government, there was a barrage of memes on Twitter.

After the resignation of Uddhav Thackeray, there will be no floor test in Maharashtra. There is a discussion that BJP can stake claim to form the government and Devendra Fadnavis can take oath as Chief Minister on July 1. After this there will be a majority test.

Maharashtra Political Crisis: In the midst of the ongoing political upheaval in Maharashtra for the last few days, Shivsena finally got ready to eat all four. After the Supreme Court’s decision to conduct the floor test, on Wednesday night, Uddhav Thackeray suddenly goes live on Facebook and then says ‘I am resigning from the post of Chief Minister’. After this decision of Uddhav, there has been a flood of comments from people on Twitter. #UkhadDiya is trending top on micro blogging site since morning. People say that Uddhav finally tried to play the card of Hindutva and sentimentality, but by then the foundation of the Mahavikas Aghadi government had been shaken. People are also enjoying Shiv Sena leader Sanjay Raut fiercely. Twitter users have called him the ‘man of the match’ of this political drama.

After Uddhav’s resignation, there is a tremendous response of people on social media. People are constantly sharing memes with the #UkhadDiya hashtag. Meanwhile, an old statement of former CM and BJP leader Devendra Fadnavis is also going viral, in which he said- ‘I am the ocean, I will come back’. On this, people say that what Fadnavis had said, he has done it. Apart from this, people are also trolling Priyanka Chaturvedi, who came from Congress to Shiv Sena. Sharing his picture with Uddhav, the user wrote from the @maddyGuns Twitter handle, ‘If I stayed in Congress, Congress drowned, came to Shiv Sena and drowned it too.’ From @imsarveshwar Twitter handle, Sarveshwar Tiwari has written taking a jibe at Sanjay Raut, ‘How is the josh?’ So let’s have a look at the selected reactions.

How is the Josh? High Sir.

@rautsanjay61 sir people have given you an award of man of the match but I will go one step further you are man of the series!!!#UddhavThackarey #UkhadDiya#Eknath_Shinde @CMOMaharashtra @AUThackeray still have a doubt that Sanjay Raut didn’t destroy Shivsena?

How is the Josh now!! Mr. Sanjay Raut

People have also taken a dig at NCP chief Sharad Pawar, who is called Chanakya of politics. Twitter users say that it was played in Maharashtra in 8 days and the person who considered himself Chanakya did not know when the checkmate was done on the political board and the Uddhav government had to face it. At the same time, people have congratulated Devendra Fadnavis for successfully completing the biggest political cup in the political history of India.

The Self Claimed Chankaya Didn’t even Realise What happened in 8 Days !

There is a discussion that now BJP can stake claim to form the government. At the same time, Devendra Fadnavis can take oath as the Chief Minister on July 1. After this there will be a majority test and then a new government will be formed in Maharashtra. 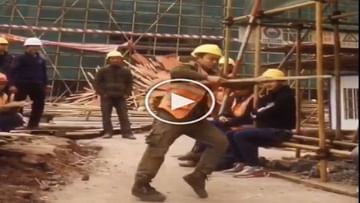 Viral: The laborer showed a wonderful break dance, watching the video, people said – ‘Professionals also fail ahead of this’ 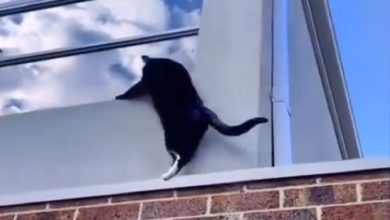 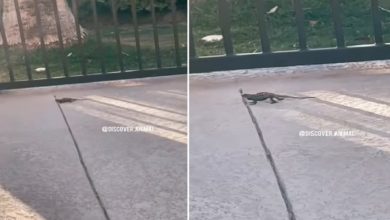 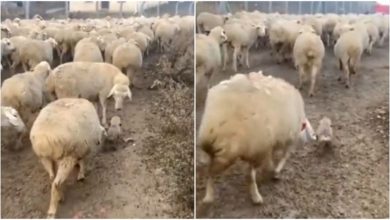 Puppy had a lot of fun in the flock of sheep, funny VIDEO went viral on social media