A video has surfaced on social media, which you will be surprised to see. Sharing this video, Rupin Sharma wrote in the caption – These two, journey from hero to villain.

What do people do to stay in the ‘world of social media’? But in the pursuit of making headlines in this unique world, sometimes people do something that can cost their lives too. Especially, when you watch a stunt video, you will feel something similar. At the moment, such a stunt video has surfaced on social media, after watching which you will first feel sorry for the boys, then you will also say – it is right with these boys. Let us tell you that this video is surprising everyone.

If you are active on social media, then you must have seen more than one stunt videos. Sometimes people lose their lives during dangerous stunts. This is the reason that if a professional person does it only, then it is good. Talking about the viral video, two boys are seen on the bike. Both are having a lot of fun on the bike. But it can be seen further in the video that while one boy is riding the bike, the other boy is sitting on top of it. The video is funny when both of them are seen sitting on the ground. Also apologizing.

This video has been shared on Twitter with an account named Rupin Sharma. This video shared on 3 January is being liked by social media users. So far more than thousands of people have liked this video. At the same time, dozens of people have given their feedback on this. Some users say that by doing this you are risking your own life, while some have said that it is better if only professional people do such things. Sharing this video, he wrote in the caption – Yeh two, journey from hero to villain.

Talking about the reactions of the people, a user commented and wrote – Today’s Jai-Veeru. Another user wrote – They should have a good guest bet. The third user wrote – Has become like a monkey. Another wrote – Next time take care. Let us tell you that many stunts videos are often seen on social media, which are covered as soon as they come. There are some videos which are discussed for a long time. 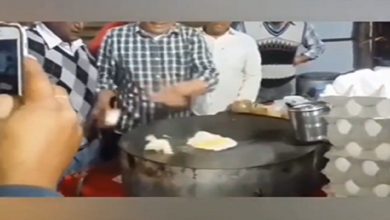 While making omelet, the chick suddenly came out of the egg, the shocking video went viral 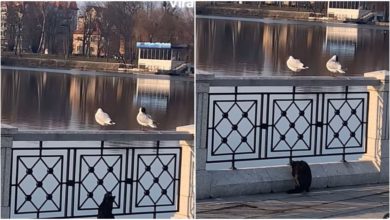 In a vicious way, the cat wanted to make the bird its prey, then seeing what happened, you will be left laughing 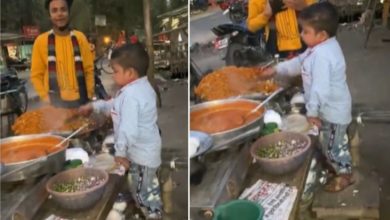 Viral Video: A child was seen cooking food on a roadside handcart, the people of the internet became emotional after watching the video 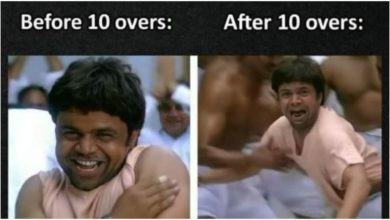 Will KKR register a royal victory over the princely states or will Samson’s army impose a ‘chuck of victory’, fans gave such reactions by sharing the meme