Such posts are often seen on social media, which gives great pleasure to see. Now the news that we are talking about is very good. Actually, due to the Kartarpur Corridor, two brothers who were separated in the Indo-Pak partition have met.

Social media is such a platform where there is a lot to be seen, seeing which is sure to bring a smile on the face. Now the news that has come out is really making social media users emotional. Let me tell you, there are many such posts on the internet. viral also occur. According to reports, it is being told that after 74 years, two brothers have met there, it is said that the Indo-Pak partition of 1947 separated these two brothers. Let us tell you that after knowing this news, social media users are sharing their reaction. With this, people are showering a lot of love through likes and comments.

Let us tell all of you that a similar case has come up from Kartarpur Corridor where when two brothers who were separated for years met, the view was very emotional. Now its video is becoming increasingly viral on social media platforms, together people are sharing their reaction. Let us tell you all, this video has been shared on the social media platform Twitter account. You can see all the videos on a page named Gagandeep Singh.

Kartarpur Sahib corridor has reunited two elderly brothers across the Punjab border after 74 years. The two brothers had parted ways at the time of partition. A corridor of reunion 🙏 pic.twitter.com/g2FgQco6wG

Sharing this post, the admin of the page wrote in the caption – Kartarpur Sahib Corridor has reunited two elderly brothers on the Punjab border after 74 years. At the time of partition, both the brothers were separated.

In the Kartarpur Corridor, two brothers separated in the Indo-Pak partition have met, one of them lived in Pakistan while the other in India and when the two brothers saw each other, they hugged with full eyes. Be aware that these two brothers have met after 74 years, both of them started crying together, this video is very emotional and people are discussing this video a lot on social media. Talking about the reaction of the people, a user wrote – The pieces of land can be divided, not the emotion, where will these rulers understand, need a heart. Another user wrote – This video is really amazing. 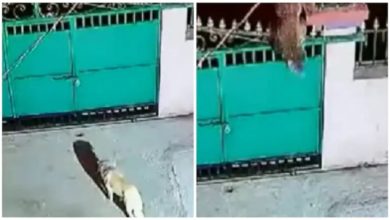 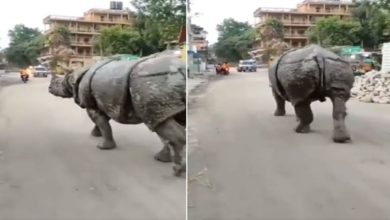 Giant rhinoceros roaming freely on the road, people watching the video said – ‘Where is the forest’ 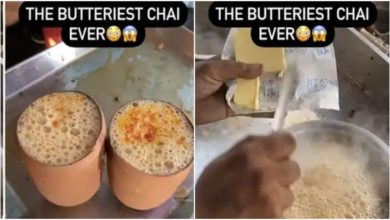 The shopkeeper prepared ‘Butter Tea’ by adding a lot of butter to the tea, watching the video, the hearts of tea lovers would sit! 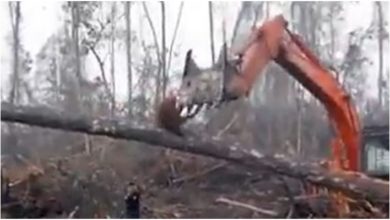 Orangutan clashed with JCB to save his house, users got emotional watching Viral Video