Many main news of the entertainment world came on this Sunday. If you have missed these news, then they can read them in detail in Entertainment Top 5.

Every day there is some hustle and bustle in the entertainment world, which the reader is curious to know. Sunday was a day of ups and downs for the film world. Many main news of the entertainment world came this Sunday and remained in the headlines. Vishal Nikam of Sangli has become the winner of Bigg Boss Marathi Season 3. At the same time, Salman Khan was bitten by a snake at his farmhouse yesterday. If you have missed these news, then they can read all those main news in detail in Entertainment Top 5.

Salman Khan was bitten by a snake at Panvel Farm House, reached home from hospital

Bollywood actor Salman Khan was bitten by a snake last night. He was at his Panvel farm house at that time. This incident happened at 3.30 pm in the night. After which he was taken to MGM Hospital for treatment. where he was treated. After getting treatment, Salman Khan has left for his home.

Salman Khan was at his Panvel farm house on Saturday evening. If reports are to be believed, Salman has been bitten by a snake without venom. In such a situation, it has not had much effect on Salman.

Bigg Boss 3 Marathi : Vishal Nikam of Sangli became the winner of Bigg Boss Marathi season 3, won the hearts of people from the beginning

Sangli’s actor Vishal Nikam has won the Bigg Boss Season 3 trophy of Colors Marathi. Splitsvilla’s winner Jai Dudhane and Vishal had the last match, but due to more votes of the public, Vishal became the winner of this season, beating Jai. Vishal has always played his game with integrity since the first episode of the show. Whether with a friend or with an enemy, Vishal always tried to play the game in a ‘fair’ way and everyone liked his effort.

The show finally got its top 5 finalists after Meera Jagannath got evicted in this episode of ‘Grand Finale’. Roadies fame Minal Shaha, Splitsvilla winner Jai Dudhane, actor Vishal Nikam, actor Vikas Patil and Dr. Utkarsh Shinde were among the famous names in the top 5 of Bigg Boss Marathi 3. First of these five, Utkarsh Shinde was evicted from the house and then due to less votes, Meenal Shah, the lone female member who reached the top 5, was out of the house.

In the pictures shared by Smriti Irani on her Instagram, Shanel and Arjun are seen at a very beautiful location. In one of these pictures, Arjun was seen kneeling and wearing an engagement ring to Shanel. At the same time, the second picture is a selfie, in which Shanel looked very happy with Arjun and also flaunted her engagement ring.

Jackie Shroff’s astrologer father had predicted something bad to happen before his brother’s death, the actor made a big disclosure

Jackie Shroff is a veteran actor of Bollywood. He has made his mark in the film industry with his brilliant acting. Recently, during a conversation with Twinkle Khanna, he has made a big disclosure related to his life. He told Twinkle how his astrologer father had predicted before his brother’s death that something bad was going to happen today. He had also warned his brother, but despite this his brother left this world in a bad accident.

from twinkle Tweak India Talking on the platform, Jackie Shroff said that today is a bad day for his brother, don’t go outside to work in Century Mills. He was a grinder. He said, “Don’t go to your mill today. And he didn’t go but he got down in the sea to save someone and drowned without knowing how to swim.”

Akshay-Sara and Dhanush’s ‘Atrangi Re’ sets record, most viewed film on Disney Hotstar

Akshay-Sara and Dhanush’s film ‘Atrangi Re’ was in discussion for a long time. The film is jointly produced by three production houses – T-Series, Color Yellow Productions and Cape of Good Films. The story of Akshay-Sara and Dhanush’s recently released film ‘Atrangi Re’ is also ‘Atrangi’ as per the name. Despite this, this film has become the most watched film on Disney Hotstar. The director of this film, Aanand L Rai has given hits like Raanjhanaa, Tanu Weds Manu, Tanu Weds Manu Returns as a director. The story of all these films was written by Himanshu Sharma. All these stories have been around the small town and the weddings that take place there. 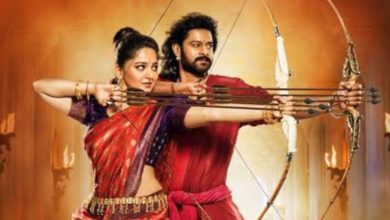 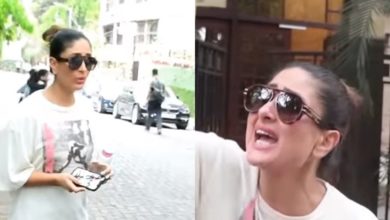 Kareena Kapoor Khan in Anger: When the paparazzi got hurt by the car, Kareena shouted at the driver, watch video 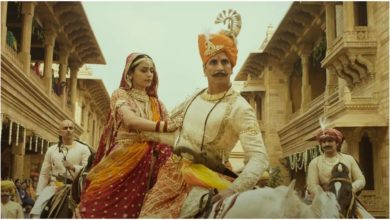