Team India, who lost two matches of the Super-4 round of Asia Cup, is now difficult to reach the final. After Pakistan, he also lost to Sri Lanka.

The Indian team is almost out of the Asia Cup. Why did this fate happen to the most successful team in the history of this tournament? After all, why did Asia’s most powerful team have to face defeat? First Pakistan and then Sri Lanka in almost similar conditions India overcame it. Now the situation is that cricket fans are ‘sharing’ angry messages. Jokes are being made. People are pulling up players for advertising a gaming app.

Questions are also being raised that why Team India, which has consistently done well in the ‘Bilateral’ ie two-nation series, is flopping in any ‘Multi-Team’ tournament. Meaning why is India failing in such a tournament in which more than 2 teams are involved. Is it not that the power of too many options is becoming a weakness for Team India? Let’s try to find the answer to this question.

It is true that the toss is very important in Dubai. Indian team could not win the toss in the last two matches. He got the invitation to bat first. There was not much dew in Dubai at this time, yet it was relatively difficult to bowl afterwards. The big difference between victory and defeat in the match against both Pakistan and Sri Lanka was the toss. Batting first, India scored 181 runs against Pakistan while 173 runs against Sri Lanka. To win by batting first in Dubai, there should be a score close to 200 runs on the scoreboard. Victory is not sure even then, but at least the pressure of 200 runs on the opposing team is definitely there. In both the matches, the bet went till the last over. In both the matches, Bhuvneshwar Kumar’s 19th over proved to be expensive. Bhuvi gave 19 runs in the 19th over against Pakistan and 14 runs against Sri Lanka. In both the matches, Bhuvi bowled two wide balls in the 19th over. After this, India had to defend 7 runs in the last over in both the matches. This responsibility was entrusted to Arshdeep Singh. He laid down his life, but could not get victory in the end.

Too many options are the challenge

Sometimes your strength becomes your weakness. The same is not happening with Team India. In recent times, we have seen how the ‘bench strength’ of Team India has increased. India currently has options on each ‘position’. The ‘term’ of ‘B team’ is often used in cricket. ‘B team’ means the team in which the main players are not playing. The current situation is that India’s ‘B team’ is also two-two. The interesting thing is that there are well-known players in that team too. The credit for this goes to IPL. Because of which every team is full of star players.

If Rohit Sharma, Virat Kohli and Jasprit Bumrah are rested, then players like Shikhar Dhawan and Ishan Kishan enter the field. Players like Mohammed Shami, Mohammad Siraj and Umesh Yadav do not get a place. There are at least half a dozen names in spin bowling. Yuzvendra Chahal, R Ashwin, Kuldeep Yadav and Ravi Bishnoi are examples. There are names like Ravindra Jadeja and Axar Patel as spin all-rounders. Jadeja is currently injured but we are talking about normal days. Is this the reason why the playing 11 balance is getting right?

Dinesh Karthik came to Team India on the basis of what he did in the last IPL. After this, whenever he got a chance, he proved himself in the role of finisher. But for the time being, he was kept out of the playing 11 in the important matches in the Asia Cup. In the first match against Pakistan, he got a chance to play only 1 ball. So far he has played the same ball in the Asia Cup. Deepak Hooda got a place in the playing 11 but his role was not understood. If he is playing as an all-rounder, why is he not being bowled?

If he is playing as a specialist batsman then why is his order coming down so much in the batting order? It seems as if Rohit Sharma is not able to make full use of his ‘resources’ as captain. Dinesh Karthik and Deepak Hooda Only examples are there. When cricket teams around the world are preparing for the T20 World Cup, the Indian team needs to work on its ‘core group’ and ‘core strategy’. In which the change should be done only in case of injury to a player. 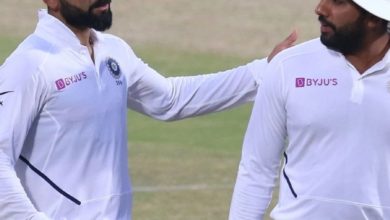 IND vs SL: Rohit Sharma’s eyes on Virat Kohli’s figures in Day-Night Test match, what is the matter, know here 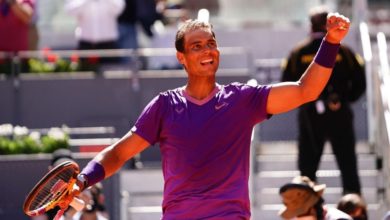 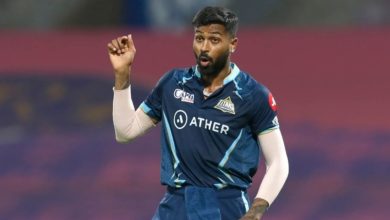 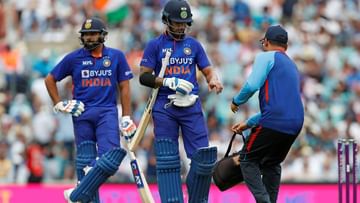 IND vs ENG: A decision of Rohit Sharma took India, but after the defeat, the class of the team was imposed