Today Delhi Capitals and Mumbai Indians will be face to face. So far 30 matches have been played between the two teams in IPL. Out of this, Mumbai has won 16 and Delhi has won 14 matches. In such a situation, this year also the competition between the two is going to be interesting.

Delhi Capitals in today’s first match in the Indian Premier League (IPL) (Delhi Capitals) clash with Mumbai Indians (Mumbai Indians) from. In this match, Delhi team captain Rishabh Pant and Mumbai captain Rohit Sharma will be face to face. This will be the first match of the season for both the teams. IPL Due to the mega auction, both the teams may look a bit changed. While Delhi will be seen without Dhawan, Iyer and Ashwin, Mumbai will miss the Pandya Brothers. But still this match will be worth watching. So far 30 matches have been played between the two teams in IPL. Out of this, Mumbai has won 16 and Delhi has won 14 matches.

Both the teams would like to start their campaign with a win at the Brabourne Stadium in Mumbai. In such a situation, the fans of both the teams have become active on social media. This is the reason why #DCvsMI is trending top on Twitter. Cricket fans are giving their reactions through memes.

Both the Teams have read the pitch very different

Delhi is playing with two spinners (Kuldeep & Axar) and one spinning allrounder Lalit.

Where, Mumbai is playing with only one spinner & an army of fast bowlers (Bumrah, Mills, Thampi & sams). Interesting!#MIvDC #DCvsMI

Mumbai captain Rohit Sharma has already told that he will open with Ishan Kishan. Both the players have the ability to sabotage the opposition bowling attack. Delhi’s bowling is very strong. It has good fast bowlers like Shardul Thakur, Khaleel Ahmed and Chetan Sakaria. At the same time, the spin attack of the team is also excellent. The team has legendary spinners like Axar Patel and Kuldeep Yadav.

Read also: The little girl did such a joke by mistake, the woman fell on the ground, watch the video 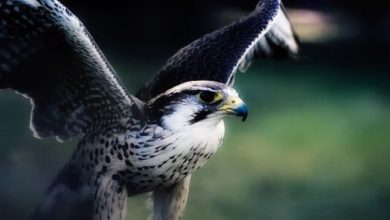 The eagle hunted a big fish, but failed to raise it, watch the video 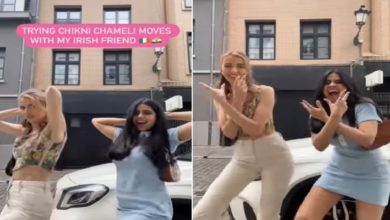 On the song Chikni Chameli, a foreign girl made such a waist, watching the video, people said – ‘Let me stay’ 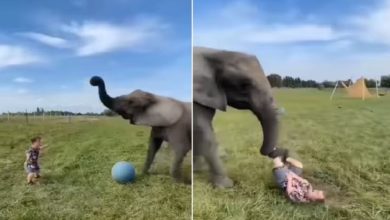 Funny Video: Had gone to play football with an elephant, the person got piled up in a single ‘shot’ of Gajraj 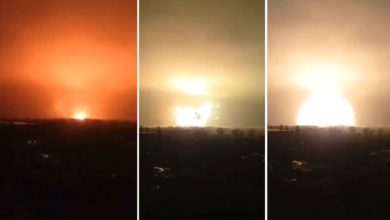 Ukraine Russia War: Video of the horrific scene after the attack, see how the fire rose like a mushroom