This video has been shared by IFS officer Susanta Nanda on his Twitter handle and it has been written in the caption that this is called ‘Balancing life … keep calm by looking at death in front’.

To save life, deer put a wonderful mind

Different types of animals are found in the forest, some of which are very dangerous and some animals are of calm nature. Where animals like deer are of calm nature, then lion, tiger and leopard etc. come in the category of dangerous animals, from which humans as well as small animals living in the forest need to stay away, otherwise they In a jiffy, eat anyone by tearing them. In this case even wild dogs are no less. They also catch their prey in a moment and kill them and eat them. This is the reason why animals run away on seeing them. one on social media video is very viral nowadays ,Viral Videos) is happening, which is of wild dogs and deer, in which deer have put amazing brains to avoid wild dogs.

In the video you can see that three deer are lurking on the very edge of a high stone, while from bottom to top a herd of wild dogs is watching when they come down to hunt them, but the deer are from there. Not even taking the name of moving. After all, everyone loves his life. One or two wild dogs go to the shore and try to reach the deer, but they remain unsuccessful. Wild dogs keep their eyes there for a long time, but their prey is not taking the name of getting down from the stone.

Balancing life… Keeping calm at the face of death.

This video has been shared by IFS officer Susanta Nanda on his Twitter handle and it is written in the caption that this is called, ‘Balancing life … keep calm with death in front’. This 41-second video has been viewed more than 30 thousand times so far, while more than 2 thousand people have also liked the video. At the same time, people have given different types of reactions after watching the video. One user wrote, ‘Really! It is difficult for us to control our courage’, while another user has written that this video is quite thrilling.

read this also: Rarely would you have seen such a thief, you will laugh and laugh after watching funny videos

read this also: Have you ever seen a cat like this? This video will make you laugh with laughter 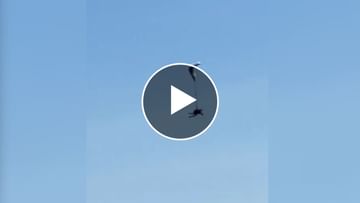 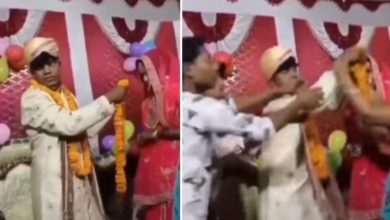 Jaimala Funny Video: Instead of the bride, the mother-in-law started wearing the groom’s garland 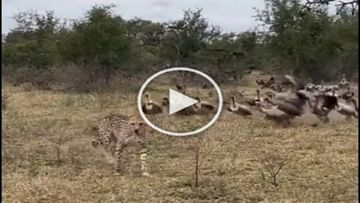 A fierce fight took place between the ruthless hunters and vultures of the forest for hunting, see who got the victory and whose wind got tight in VIDEO 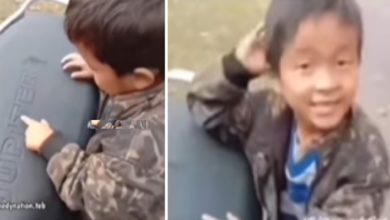 The laughter of people could not stop watching the video of the child, said – the result of online class!