Royal Enfield Hunter 350 will be launched on 7th August. After launch, the upcoming bike will compete with great bikes like Honda CB350RS, TVS Ronin TD and Jawa Forty Two. Let’s compare all the four bikes in terms of specifications, features and price.

Royal Enfield Hunter 350 is all set to launch tomorrow. Information about its specifications etc. has also been revealed in the media. Royal Enfield’s upcoming bike will be launched on August 7 in two variants – Retro and Metro. According to the reports, this bike is the lightest bike of the company. At the same time, the Hunter 350 could also be the cheapest bike of Royal Enfield with a possible ex-showroom price of Rs 1.5-1.7 lakhs. There are great bikes like Honda CB350RS, TVS Ronin TD and Jawa Forty Two in the Indian market, which will compete with the Hunter 350. Let’s see who prevails over whom.

Who’s ahead in the specifications?

In the upcoming Hunter 350, customers will get 349 cc single cylinder air-cooled engine. In response, Honda CB350RS gets 348 cc, TVS Ronin TD gets 225.9 cc and Jawa Forty Two gets 293 cc single cylinder air-cooled engine. At the same time, Jawa Forty Two is the only bike here, in which 6-speed gearbox has been given. The rest of the three bikes get 5-speed gearbox.

Who is light and who is heavy?

TVS Ronin (160kg) is the lightest bike among all the four bikes. The bike gets the shortest wheelbase, which gives more ground clearance. The Honda CB350RS (179kg) has the longest wheelbase and is the second heaviest bike. On the other hand, the seat height of the Jawa Forty Two (171kg) is quite low, which helps in gripping the ground. Hunter 350 (181kg) is the heaviest bike among them.

With smartphone connectivity in TVS Ronin, you can enjoy navigation and communication. All-LED lighting can be used. According to Autocar, the Ronin is at the forefront of all the three bikes in terms of features. Tripper navigation is optional in the Hunter 350, while the CB350RS is the only bike to get traction control. Jawa comes with forty two analog gauge and no connectivity. 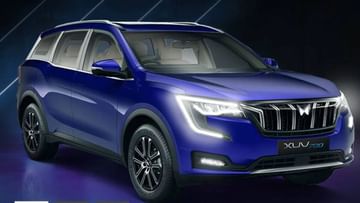 Mahindra recalls XUV700 again, SUV recalled for the third time within a month, this is the big reason 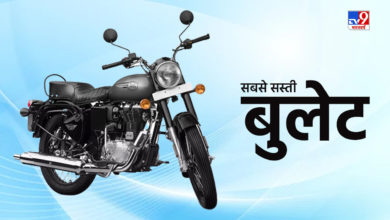 This is the cheapest new Bullet motorcycle from Royal Enfield, adding everything, the on-road price will be so much