The internal memorandum of both the BCCI and the MCA lay down the provision of basic facilities for training camps or for the promotion of cricket at such places where the game of cricket is being played.

Bombay High Court Cricket Board of India (BCCI)Instructing the Maharashtra Cricket Association (MCA) and state authorities to provide basic amenities like toilets, drinking water and medical aid on public grounds on Monday, he said your next big star could come from these public grounds. A bench of Justices Anil Menon and MS Karnik said that many children and adults play cricket and other sports on public grounds across the state. Most of these grounds, which come under cricket associations or civic bodies, lack basic facilities.

The internal memorandum of both the BCCI and the MCA lay down the provision of basic facilities for training camps or for the promotion of cricket at such places where the game of cricket is being played. The bench was hearing a PIL filed by Bombay High Court lawyer Rahul Tiwari. Tiwari, personally present as a party (representing himself in the case), told the court that he himself was a professional cricketer and participated in various state and district level cricket tournaments.

The condition of public grounds is not good

Tiwari said, when someone books a public ground for practice, he has to pay the fee to the civic body or the sports federation under whose jurisdiction the ground falls. But most of these grounds, even where professional cricket camps are held, do not have clean drinking water or even toilets that can be used by the players, he said. However, lawyers for MCA and BCCI told the high court that most of the public grounds in the state come under the jurisdiction of municipal bodies.

He further said that even in cases where they organized camps or practice matches, permission to provide basic facilities was often denied by the concerned civic body or state authorities. But on this the bench said that such statement is not acceptable. The court asked MCA and BCCI, have you ever applied and then the permission was denied? File an affidavit.

“It is not an adversarial suit as you can get your next star from a public ground,” the bench said. So many promising children are playing on the public ground. The court also said that the cricket association and the Brihanmumbai Municipal Corporation (BMC) cannot cite paucity of funds as a reason for not providing basic facilities. The bench said that the Maharashtra government, BMC, MCA and BCCI should file their respective affidavits within two weeks stating the number of grounds in their jurisdiction and the facilities provided there. 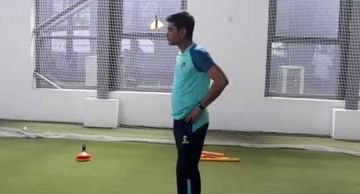 David Miller continues to wreak havoc, has put a line of records, even ahead of AB de Villiers

IND vs IRE: ‘Childhood friends’ created a lot of devastation together, set the biggest record of 16 years in one and a half hours 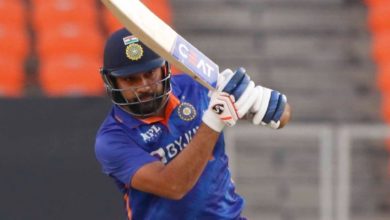 IND vs WI: Rohit Sharma again showed the fire in Kolkata, beat the Windies bowlers badly, made a record