In this video viral on social media, a person takes a shortcut to cross the canal, but it is his shortcut that drowns him. This video is very funny.

Funny incident happened with the young man due to shortcut

It is said that a person should never take shortcuts in life, because shortcuts stop the success of life. Although despite this, people often take shortcuts to get anything, but sometimes that shortcut drowns their lives. That’s why people are always advised to avoid shortcuts. By the way, all kinds of videos often go viral on social media, in which some videos are also related to shortcuts. One such video is becoming very viral on social media nowadays, in which a person takes a shortcut to cross the canal, but it is his shortcut that drowns him. This video is very funny, seeing which you too will burst into laughter.

In the video you can see a young man had to cross the canal and go to the other side, where some cars were engaged. Now taking the shortcut to cross the canal, he grabbed the branches of the tree and started going across it. At the same time, some people were encouraging him, so that he slowly tries to reach across it, but after reaching the shore, as soon as he leaves the branch of the tree, his foot slips and he falls into the water. falls in. Due to the shortcut, he gets completely drenched in water. To avoid which he had adopted a shortcut, after all he is not able to escape from it.

This funny video has been shared on Instagram with an ID named earth.reel. It is not known where this video is from, but the ID with which it has been shared is from Tehran, Iran. This video has been viewed more than 1 lakh 27 thousand times so far, while thousands of people have also liked the video. At the same time, many people have also made funny comments after watching the video.

Although the world of social media is full of funny videos, but such funny videos are rarely seen, which also surprise and make you laugh and laugh.

read this also: VIDEO: You will hardly have seen such photography in wedding, you will be laughing and laughing

read this also: The car suddenly broke into two pieces in the process of showing the stunt, you will be surprised to see the viral video 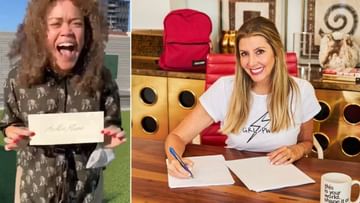 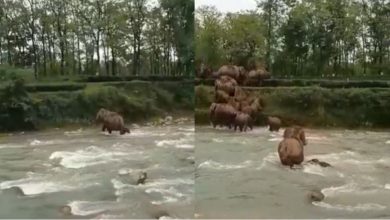 Elephant saved the life of little Gajraj by playing on his life, heart touching VIDEO went viral on social media 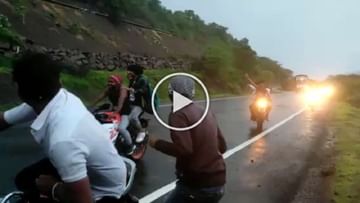 Viral Video: Never seen such a serpent dance before, people said – it seems that today you will agree with Naagmani 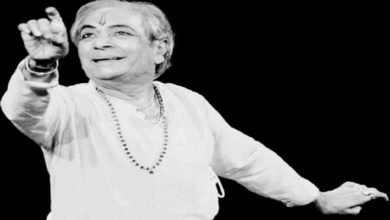