In an email sent to employees, Novartis chief Vas Narasimhan has written about the new structure of the company. He has been promised that the company will be given a fresh and simple look. Narasimhan says, but for this some pruning will also have to be done.

Swiss pharma company Novartis (Novartis) has started laying off its 8,000 employees. Citing cost-cutting, this world’s famous pharmaceutical company has started laying off employees. from job layoff ,Job Cut) will be done in different branches of the company all over the world. People will not be expelled from any one country. The company has said that 7 percent of the employees spread all over the world are being laid off. Novartis has described this as a ‘restructuring push’ and said that this step is being taken as part of the process of change. Thousands of employees work in Novartis and its branches are spread in different countries of the world.

Novartis currently employs 108,000 people in different countries of the world. News agency AFP quoted Novartis as saying that it was confirmed on Tuesday that the company would lay off thousands of people under the restructuring plan. The company had announced plans for structural changes in April and it was confirmed in June. Under the new plan, Novartis wants to simplify its structure. This company wants to merge the work of oncology and other pharma related to cancer into one division.

what the company said

No clear figure has been given about how many people will be out of jobs. But the estimates of these numbers have been published in the Swiss media. According to media reports, Novartis is planning to reduce 1400 jobs in Switzerland. In Switzerland, this number is 12 percent of the total workforce. In an email sent to employees, Novartis chief Vas Narasimhan has written about the new structure of the company. He has been promised that the company will be given a fresh and simple look. Narasimhan says, but for this some pruning will also have to be done.

Narasimhan, the head of the company, says that some jobs will be transferred to the Czech Republic and India. That is, some additional work will be extended in the branches of the Czech Republic and India. The higher the number in restructuring, those employees will be laid off. According to the report, the company will lay off jobs in the finance, legal services and communication sectors. Vas Narasimhan has said that these changes will affect the people of the company, but those who go will be helped at every level. The retrenched people will be given the facility of outplacement and career counselling.


The company said in April that it would raise $1 billion to its coffers by 2024 from restructuring, which would come from selling divisions, cutting administrative expenses and saving on costs. There will be 8,000 layoffs of all employees working all over the world, but it is not yet decided how many employees will be out of jobs from which country. Its information has not been revealed yet.

The rules for the use of the money raised from the IPO became strict, the lock-in period for anchor investors also increased

Chip crisis: Improvement in semiconductor crisis, effect of inflation and recession is visible 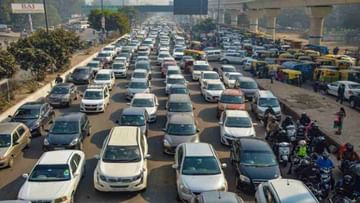 Big news for BS-4 diesel car owners, entry in Delhi-NCR may be closed from this date