The love story of Nazia and Sufiyan, who lives in Islamabad, is being discussed not only in Pakistan, but now the whole world has also come to know through social media.

There was a superhit song from Anil Kapoor starrer film ‘Woh 7 Din’ – ‘Pyaar kiya nahi jaata hai, hota hai’. This line fits perfectly on Nazia of Islamabad, whose love story is discussed not only Pakistan But now the whole world has also come to know through social media. By the way, let us tell you that Nazia is not a big personality, but her love story Quite unique. He has told about this love story in an interview to a YouTube channel, the video of which is being shared on social media. viral Happening.

This unique love story is about Nazia and her servant Sufiyan, whom they hired a few months back for household chores. According to Nazia, she was alone. He had none of his own. So, he was looking for a servant who was reliable as well as doing household chores well. During the search for the servant, one of his friends told about Sufyan. After this, the Nazis put Sufyan on a salary of 18 thousand months.

In the interview, Nazia says that whatever she had heard about Sufyan, she turned out to be of a better heart than that. Within a few days, he started liking Sufyan’s behavior. Nazia says that Sufian likes simplicity and respects everyone. Nazia liked this thing so much that she fell in love with Sufyan and she did not even know when this attachment turned into love. Interestingly, it was Nazia who proposed Sufyan. Nazia says, Sufian was blown away after hearing the proposal. But then he also expressed love. After that both of them got married.

family members were not happy with the relationship

According to Nazia, she is happy with her husband. He not only cooks food for them, but also takes good care of them when they fall ill. The funny thing is that Nazia calls Sufyan Salman Khan and Sufian calls her Katrina Kaif. Nazia says that because of Sufyan’s good thinking, she gave her heart to him. However, his family members did not like this relationship at all. They still taunt Nazia. But ignoring all these, Nazia has moved ahead in life and is happy with her husband.

Watch the story of Anokhi Love Story in the video 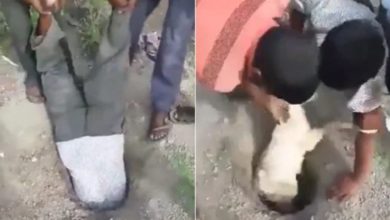 A man was seen putting his life at risk to save the goat’s child, see the video going viral 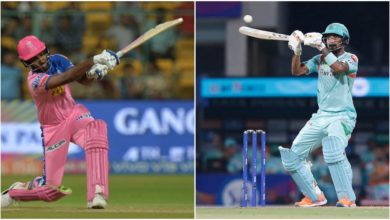 What can be heavy on the princely states of Rajasthan, the team of Nawabs are explaining the strategy of both the teams to the fans through funny memes 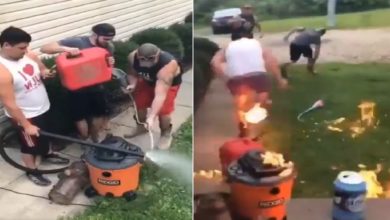 Viral Video: Jokingly, 3 friends started a fierce fire, people said – how to burn the house, someone should learn from them. 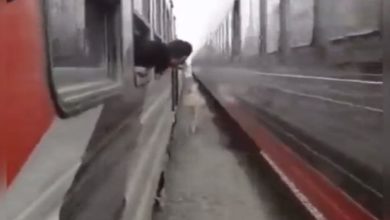 When the horse got stuck between two trains and started running, this short video gave the biggest lesson of life