This video of robbery in broad daylight has been shared on social media platform Twitter with the ID name @shubhankrmishra and the caption read, ‘Gold chain snatched from girls at gunpoint in broad daylight in Punjab’.

Nowadays the spirits of crooks and thieves have become very high. Being absolutely fearless, they are looting anyone anywhere. There is no such thing as fear left in them. One reason for their being fearless is also that they are armed with weapons. In such a situation, it is obvious that people get scared after seeing weapons and do not get entangled with miscreants and thieves. Taking advantage of this, the miscreants are running away after robbing anyone comfortably. social media But also related to Videos Often goes viral. nowadays one such video viral It is happening, in which you will also be stunned to see the fearless style of the crook.

Actually, in this video, a miscreant is seen running away from the girls at gunpoint in broad daylight. In the video you can see that a girl is sitting on the scooty and another girl standing near her is talking to her. Meanwhile, a miscreant with his mouth tied comes there and by showing a gun tries to snatch the gold chain forcibly from the girl’s neck. During this, the girl falls from the scooty to the ground, but the miscreant does not leave her. Seeing this sight, an elderly man also reaches there, but he also backs away due to fear of gun. After this, the miscreant picks up the gold chain that has fallen on the ground and walks comfortably and leaves from there.

See how the crook robbed the gold chain fearlessly

In Punjab, gold chains were snatched from girls at gunpoint in broad daylight. pic.twitter.com/xVooBN9HVN

This incident is being told of Punjab. By watching this video you can understand how high the spirits of miscreants have become that they are robbing people from in front of their houses. This video of the robbery has been shared on the social media platform Twitter with the ID named @shubhankrmishra and the caption reads, ‘Gold chain snatched from girls at gunpoint in broad daylight in Punjab’.


This 54-second video has been viewed more than 1 lakh 42 thousand times so far, while more than 5 thousand people have also liked the video and given various reactions. 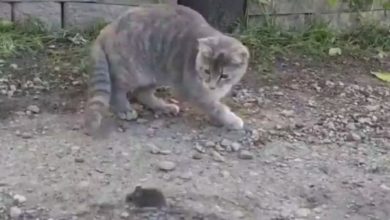 Video: The cat wanted to swoop in and eat the mouse, then the cock came and snatched the bite of the mouth and kept walking 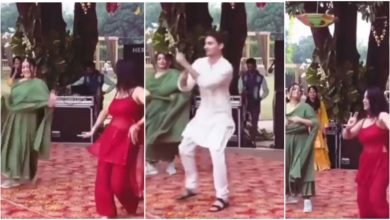 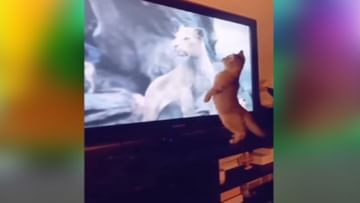 VIDEO: The cat stood taunting ‘in front’ of the lioness, but the wind went out on seeing the lion