England defeated India by 10 wickets in the second semi-final of the T20 World Cup 2022. Know the five big reasons for the defeat of Team India.

England thrashed India by ten wickets in the second semi-final at the Adelaide Oval Stadium. Batting first, India scored 168 runs thanks to Hardik Pandya. Although the Indian team’s score in Adelaide was not looking bad in the beginning, but in front of the England batsmen, the Indian bowlers looked weak and they crossed the target in just 16 overs without losing any wicket. Alex Hales scored an unbeaten 86 off 47 balls while Butler remained unbeaten on 80 off 49 balls. And what was expected of a thrilling close contest from the match, it went unnoticed.

The question is, where did India falter? There are three biggest reasons for this, due to which India missed the final in Melbourne.

India scored only 38 runs for the loss of one wicket in the power play. Did the Indian team miss the pitch, and England got a score that proved too easy to chase? Indian openers made a mistake in understanding the pitch. This pitch was going to help the batsman. India may be playing according to a pre-planned plan, which has a policy of saving wickets in the beginning and playing smoky innings in the last over. And this policy has worked in India’s favor so far in the tournament as they have the best strike rate in the last overs (17 to 20).

But there was no doubt in this plan. Where we were thinking in the old way, there was a need for cutting edge technology and thinking according to today. In the commentary box, former England captain Eoin Morgan said, “To reach a normal score even after scoring 50 runs in the last 17 balls, it clearly shows that something has gone wrong. This shows that India lost everything in the very beginning.” Pammi Mbangwa’s statement was even more clear. He said, “Power Play should be used the way it is made to be used. If you can score runs in the powerplay, then it is easy for you going forward.”

Keeping aside the blazing innings of Hardik Pandya, England have performed brilliantly in the midway. Adil Rashid was asked that if you were asked before the start of the match if you would like a target of 169 to chase, what would be your answer? “We would have been happy to chase 168,” he said. According to his assessment, India did not give a good score and everyone was surprised when the English openers started responding aggressively. One shudders to think that if Pandya had not played a good innings, would India have lost the match in 10 overs! Pandya completed his innings in two parts: Hardik scored just 13 runs in the first 15 balls with a four; Later, he scored 50 runs in 18 balls to take India to a score of 168.

The story of India’s defeat in Adelaide was written even before the first ball was bowled. The mistake of not taking wicket-taker Yuzvendra Chahal in the team was once again repeated in the World Cup. The fast bowlers got battered in the first few overs. India needed spinners to take wickets in the powerplay. Spin was used in the fourth over itself but Axar Patel could not give much turn to the ball. His bowling largely depends on the direction of launch, angle and speed of the ball. Things were not going in the right direction as was evident from Ravi Shastri’s gesture during commentary: “A wrist spinner is very important to take wickets. But unfortunately India does not have a single wrist spinner in the team. He is sitting in the pavilion but he has not been included in today’s match.

Before India’s batting, England used their spinners to control the game. Not only Adil Rashid but Liam Livingston were also given overs as needed. Axar Patel and R Ashwin gave 57 runs in 6 overs without taking any wicket. His ball hit three fours and four sixes. When India did not keep Yuzi Chahal in their team in last year’s T20 World Cup, the selectors came under heavy criticism for not keeping the match winner in the team. Now when he was selected for Australia, not a single ball was thrown from him. That too when Patel and Ashwin were bowling weak on the pitch there. No wonder both the teams reaching the finals have two good leg-spinners – Shadab Khan and Adil Rashid.

Any international batsman plays the first few overs in a defensive manner during net practice. And especially in the last two overs, his goal is to get the ball outside the field. On Thursday, it appeared that the England opener was doing the latter part of his batting practice in the nets first and the bowlers were upset. It was clear from their aggression that they want to shake the match in the opening overs itself. Jos Buttler and Alex Hales used the size of the Adelaide Oval stadium to their advantage as the duo hit 13 fours and 10 sixes. Eoin Morgan commented, “It was a very good batting pitch and England took full advantage of it.” 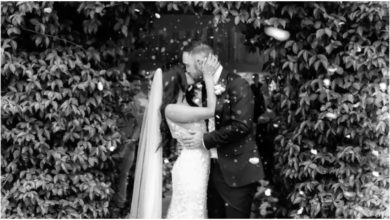 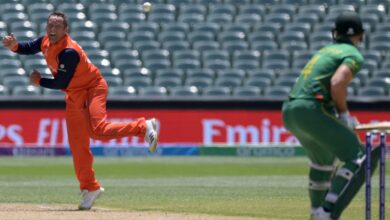 South Africa’s ‘Vibhishan’, supported the Netherlands and got his own team out 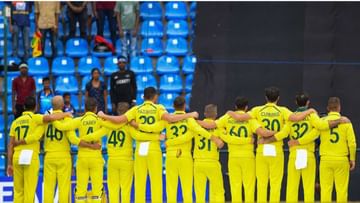