This funny video has been shared on the social media platform Twitter with the ID named @Shit_vidz. This video of just 5 seconds has been viewed more than 48 thousand times so far, while hundreds of people have also liked the video.

Goat gave a wonderful lesson to the child

Children are also very mischievous. They keep doing some mischief throughout the day. Sometimes they pick up some things and throw them outside the house, and sometimes they also scatter all the things in the house. In such a situation, parents also get worried. There are also many children who keep harassing others i.e. unknown people, for which sometimes they have to bear the brunt of it. Although the pranks of children are sometimes very funny too. social media But even the videos related to it often go viral. nowadays one such video viral It is happening, in which an animal has answered the mischief of the child very well.

Actually, a small child was trying to show kung-fu in front of a goat, but what did he know that the goat was going to show him WWE fighting. In the video you can see that both the child and the goat are standing face to face. During this, the child tries to kill the goat in absolutely kung-fu style. Then what, the goat also gets in trouble. He thinks that the child will kill him, so in his defense, he kills the child with his horn, due to which the child falls away. A single blow from the goat only worsens the condition of the child. This video is very funny, after watching which you will surely miss your laugh.

See what the goat did to the child:

This funny video has been shared on the social media platform Twitter with the ID named @Shit_vidz. This video of just 5 seconds has been viewed more than 48 thousand times so far, while hundreds of people have also liked the video.


At the same time, people have given different types of reactions after watching the video. Some are saying that this is the result of karma, while some are saying that now it seems that the child must have got a lesson. The same few users are also sharing laughing emoji in the comment. 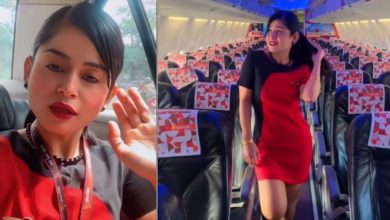 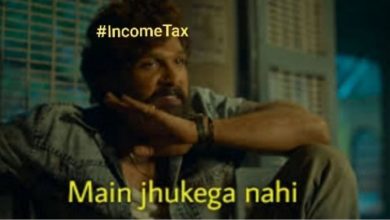 There was a barrage of memes for not getting relief in Income Tax Slab, Allu Arjun said in style – ‘I will not bow down’ 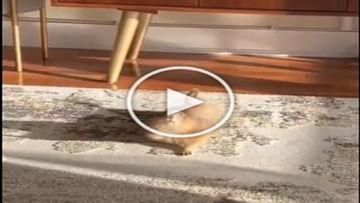 Viral: Like humans, squirrels did stretching of their body, you will smile after watching the viral video 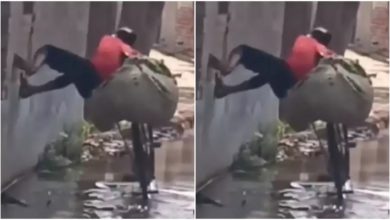 To cross the mud-filled path, the child made such a jugaad, watching the video, people said – ‘Yeh toh desi spider man nikla’