A video is becoming increasingly viral on social media, in which blogger Tarun Mishra is seen helping an elderly woman picker of garbage to set up a vegetable cart. This video is awakening the light of humanity in people.

Blogger Tarun Mishra helped an elderly woman picker of garbage to set up a vegetable cart.

There are two types of human beings in the world. One who, seeing others in trouble, comes forward to help them. Others are those who ignore them even after seeing them. We must have seen many such helpless and destitute people around us every day, but what have we done for them. There are many such stories around us, from which we can learn something good. At present, social media but one ias officer The video that has been shared by the elderly woman has touched the hearts of the people. viral clip The way in which a blogger seems to be helping this old lady who is a garbage collector, she is seen in people. humanity The flame is awakening.

In the beginning of the video going viral, a 75-year-old woman is seen picking up garbage from the garbage. When asked by the blogger, she says, ‘I earn some money by selling it.’ Blogger’s heart melts after hearing this. He then helps the woman to start a new life as a vegetable vendor. To start the vegetable business, the blogger buys a weighing machine, cart and some fresh vegetables for the woman. Not only this, he also buys ration for him from the grocery and gets it done. The blogger has been identified as Tarun Mishra. Now seeing this video, everyone is appreciating it fiercely.

This video has been shared by IAS officer Avnish Sharan on Twitter. Which has been seen about two lakh times so far, while more than 13.8 thousand people have liked it. This number is increasing rapidly. After watching the video, people are praising blogger Tarun Mishra fiercely. 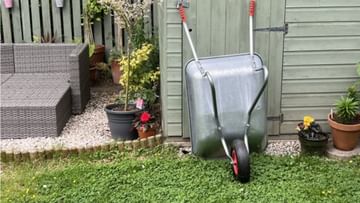 Optical Illusion: The cat is hidden in this viral picture, bet it will be lost in search of sweat of good fans! 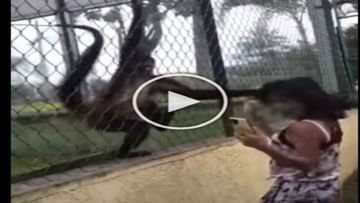 SHOCKING! Having fun with a monkey, a woman got heavy, taught a lesson by pulling her hair, video went Viral 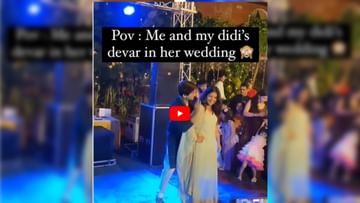 Brother-in-law danced to the song ‘Dilliwali Girlfriend’ along with sister-in-law, Internet became a fan 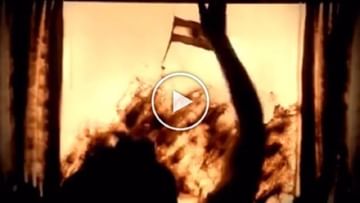 The country is paying tribute to the brave sons of Mother India on Kargil Vijay Diwas, sand artist paid tribute in a special way, watch video