Where did Pakistan’s fortunes turn? Where did the whole equation turn towards him? Is there that one catch behind this, which is being termed as the best of the tournament.

Who caught the catch that took Pakistan to the semi-finals?

The world is still wondering how Pakistan T20 World Cup 2022 reached the semi-finals? His surprise is justified. Because after the loss to Zimbabwe, Pakistan captain Babar Azam himself had also said about the semi-final hopes, it is difficult. But, when that difficult task becomes easy, believe me, as much as the fans of cricket are surprised, the Pakistan team is also surprised about it. They are calling it the Nizam of nature for themselves. The question is, where did the fortunes of Pakistan turn? Where did the whole equation turn towards him? Is that a catch behind it?

One catch can turn a game around in cricket. If the catch is caught then the batsman is out. If not caught then not out. The Netherlands caught one such amazing catch for Pakistan, after which the whole game was turned upside down in the true sense. South Africa, which was running ahead of him in the semi-final race, suddenly lagged behind Pakistan. And, the reason for this was that one catch, which is also being rated as the best in the tournament so far.

Pak will play semi-finals due to this catch

Now you must be thinking that the one who gave Pakistan the ticket to play the semi-final match, which one is that catch? So the answer is South African batsman David Miller was caught. The catch which was caught by the Netherlands player Van der Merwe and who did the work of turning the match. South Africa may have lost to the Netherlands after playing the full 20 overs, but they were truly defeated at the same time when Miller’s catch was caught by Mervey.

Cricket experts are telling this catch of Merv as the best of the tournament. They are saying that catching this catch is not easy. But, the other side of this is that this catch David Miller was of That is, the batsman who is famous as Miller the killer in T20 cricket. Who was also in amazing form in this tournament. Miller wrote the script for South Africa’s victory against India with his bat. But against the Netherlands, he got out after scoring just 17 runs, so because of that one great catch.


Miller returned to the dugout after a caught caught by Merv, eclipsed South Africa’s victory, and Pakistan’s mission inside the T20 World Cup 2022 was revived, which is why the Pakistan team is now going to play the semi-finals of the tournament. 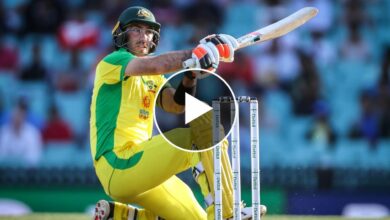 Video: Before the match, Maxwell changed his batting style, held the bat in the opposite hand 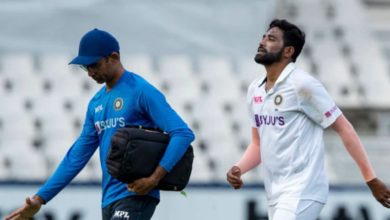 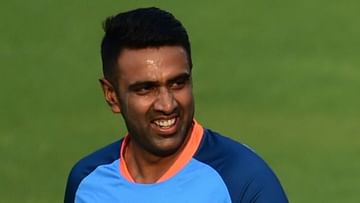 IND vs PAK: Ravichandran Ashwin took a jibe at Rameez Raja, showed the mirror to the PCB boss 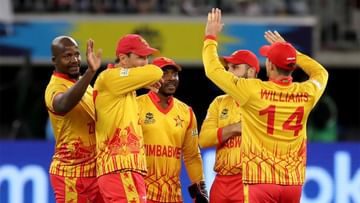