Sidhu Musewala’s song ‘SYL’ was released recently, after which it caused a lot of controversy and now taking action on this song, YouTube has removed it.

Punjabi Singer-Rapper Sidhu Moosewala ,Sidhu Moose Wala, Recently released song of ‘SYL‘ has been removed from YouTube. This song was released by his family after his death. There was a lot of controversy about this song, due to which this decision was taken. SYL stands for Sutlej Yamuna Link Canal which is also known as SYL Canal. This issue has been the subject of dispute between Punjab and Haryana for more than three decades. This song was written and composed by Sidhu Moosewala. Let us tell you that on Friday, June 23, this song was released by music producer MXRCI on YouTube. So far this song has been viewed more than 27 lakh times and apart from this it has got 33 lakh likes so far.

If you search this song on YouTube, then you will not see this song anywhere. Instead of just this song, you will definitely see a message which reads, ‘Due to a legal complaint from the government, this content is no longer available on the domain of this country.’ This simply means that people can watch this song in countries outside India. 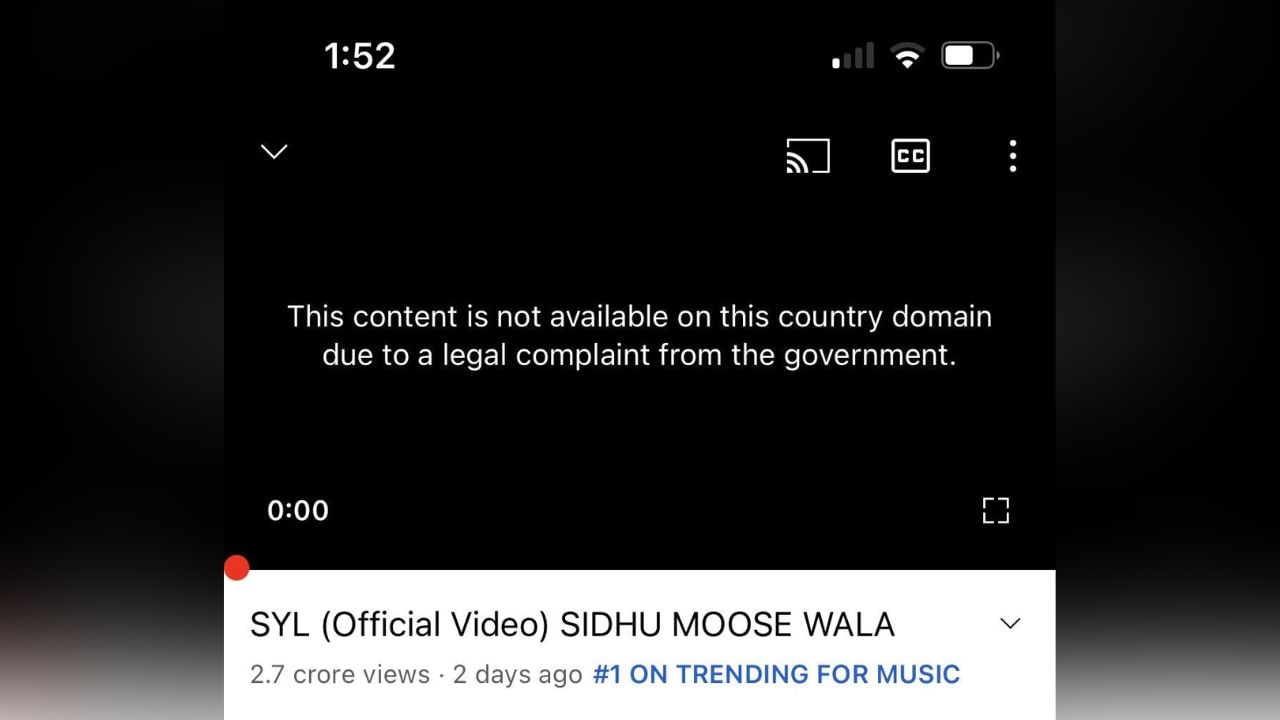 For your information, let us tell you that in this song of Sidhu Moosewala, pictures of many militants have been shown, including Balwinder Singh Jatana. Balwinder Singh Jatana was called a member of the pro-Khalistan Babbar Khalsa. He had killed Chief Engineer ML Sikri and Superintendent Engineer AS Aulakh on 23 July 1990 after entering the SYL office in Chandigarh.

The song was released on YouTube 26 days after Moosewala’s murder. This song was the last song of Moosewala’s life, which he could not release while alive. This song became a hit within just 6 minutes of its release. In just two hours, this song was seen by 22 lakh people. Through this song, Sidhu Moosewala gave air to the SYL issue. In this song of his, the peasant movement started regarding agricultural laws and the Red Fort was also mentioned.

At the very beginning of this song, the statement of Haryana in-charge of Aam Aadmi Party Sushil Gupta is shown going on, in which he is talking about getting SYL water to Haryana after winning the elections in the year 2024. He has also appreciated in this song for hoisting the symbol of Sikh society, Nishan Sahib at the Red Fort.


Artists of Haryana expressed their displeasure

The artists of Haryana had expressed displeasure over this song of his. KD, a well-known singer from Haryana, had said that the family members of Sidhu Musewala and his team should not have released this song. Such songs spoil the spirit of both the states. 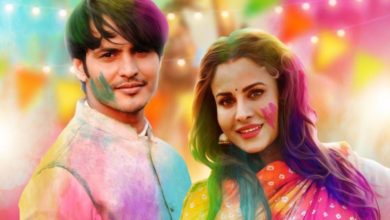 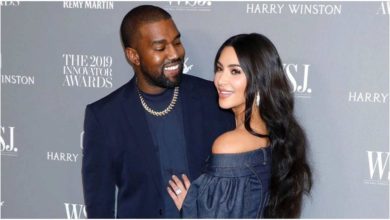 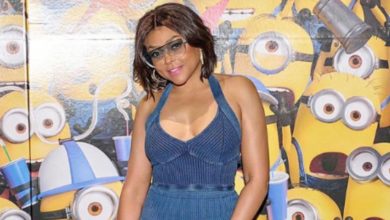 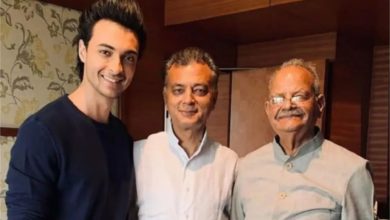 Aayush Sharma Denied: Aayush Sharma denied the rumors of the death of his grandfather Pandit Sukh Ram, know what he said?