Today’s episode of Sony TV’s Superstar Singer 2 was done in the name of the housewives of the country. Many guests were also invited to attend this special episode.

Housewives means ‘housewives’ are the backbone of every family. Saluting his spirit today, Sony TV’s Desi Kids Singing Reality Show – superstar singer 2 (Superstar Singer 2) did a special celebration with ‘The Great Indian Housewives’ in its episode. From a simple housewife to a food blogger and fitness instructor, each of the ladies who participated in the show shared their stories, really inspiring all the people present there as well as the judges. During this, the judge of the show, Javed Ali, not only praised the guests who attended the show as a guest, but he also praised his wife fiercely.

Javed Ali said that “Being a housewife is not easy at all and most of the time they do not get the recognition they deserve, and, today at this moment I want to thank each and every one of you because you guys have helped us. The contribution you have made in life and the role you have played matters a lot. Big salute and thanks to each one of you.” He also said, “I am Joru’s slave and whenever I am at home I try to help my wife in every way possible.”

Judge Javed Ali aka ‘Jaadu Bhaiya’ (name given by the housewives) left no stone unturned to make these housewives feel special as they sang their popular song ‘Srivalli’ on their request. No, and he asked his ‘Jadu Bhaiya’ to sing this song again. Javed Ali also happily fulfilled his demand of “Once More”. Along with Javed Ali, all the judges of the show encouraged these women a lot. 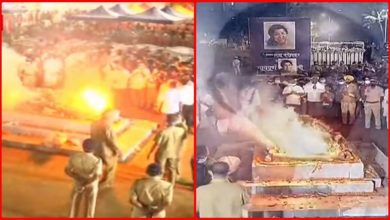 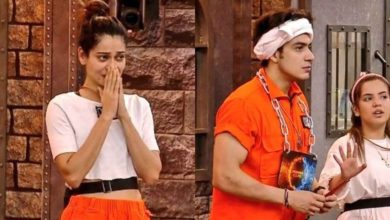 Lock Upp: Payal Rohatgi crossed all limits by spitting on fellow contestants, Lal Shivam Sharma in anger did her bad condition in this way

Death Anniversary: ​​On the death anniversary of music magician RD Burman, know some special things related to his life