Nargir and Sunil Dutt’s love story started after the film Mother India. In Hindi cinema, the love story of these two is written in golden pages.

There are many veteran actors in Hindi cinema who have left their mark in the industry. One of them is the name of the actor of the world of entertainment. Sunil Dutt (Sunil Dutt) Sanjay Dutt’s father Sunil Dutt’s name is famous for his love and kindness. Today, the industry is celebrating actor Sunil Dutt’s 93rd birth anniversary on June 6. His simplicity is probably less appreciated. Just say that it was the simplicity of his personality, which brought Balraj Dutt, who was working as a bus conductor, to the point that today he is immortal in the minds of the people by becoming Sunil Dutt. So let’s share with you some interesting things related to his life on his birth anniversary.

After going through all the ups and downs, Sunil Dutt earned that name in his life that instead of the bus, people started standing in line outside the hall to cut the tickets for his films. Even though he is no more among us today, but through his best films, he is still alive in the hearts of his fans and fans.

His films which left a different impression on the audience. Who can forget Birju from the film ‘Mother India’, who played the role of mother with his wife. At the same time, how can someone throw out that brilliant character of Gopi from the film ‘Milan’ and Lakhan of ‘Jani Dushman’. Along with being an actor, he was also very successful as a great politician. He showed many ups and downs in life, but he never gave up.

At the age of 5, he was lost in the shadow of his father.

In his film career, late actor Sunil Dutt ruled the entire Hindi cinema on the strength of his artistry. Born in a poor family of Khurdi village of Jhelum district of Punjab state before Partition, the story of Sunil Dutt’s struggle started from his childhood. Sunil Dutt had to face a lot of struggles to live life before independent India after his father’s shadow rose from his head at the age of five. Mother Kulwanti Devi raised her son in some way. During this, Sunil continued his studies and he came to Mumbai for higher level education. Coming to Mumbai, Sunil Dutt took his admission in Jai Hind College and completed his studies from there.

Due to financial constraints job of bus conductor

Due to poor financial condition during his studies, he started the job of bus conductor. During this, the dream of doing something big was always flourishing in his mind. In view of which he started his career after college, not as an actor but as a radio jockey. At that time, he was posted as the most famous announcer of Hindi in Radio Ceylon. However, inside he always dreamed of becoming an actor.

The first film released in the year 1955

After that, after working as an RJ for years, the star of Sunil Dutt’s fortunes shone when he got his first film in the year 1955. The name of the film was Railway Platform. From here his car came on track and in his career he did not look back. Although the first film did not show anything special, but after this, Sunil Dutt along with Bollywood’s veteran actress Nargis was given a boost to his career by the film Mother India. This is where his stardom started. This film also put the title of Oscar in his bag.

After this film, the love story of Nargir and Sunil Dutt started. In Hindi cinema, the love story of these two is written in golden pages. During the shooting, a fire broke out on the set of Mother India, in which Sunil Dutt saved the trapped Nargis by playing the role of a hero in real life as well. What was it then, the love between the two started from there. After this, on 11 March 1958, both of them married each other. They also had three children, whose names are Priya Dutt, Namrata Dutt and superstar actor Sanjay Dutt.

We all have seen in the film Sanju that his father Sunil Dutt played the biggest role to handle the career of actor Sanjay Dutt. Along with an artist, he has also been counted as a good father. In the year 2003, with his last film Munna Bhai MBBS, he won everyone’s heart for the last time with his acting. Two years later, on 25 May 2005, he died due to a heart attack. After which a seasoned artist and qualified politician went away saying goodbye to the world forever. 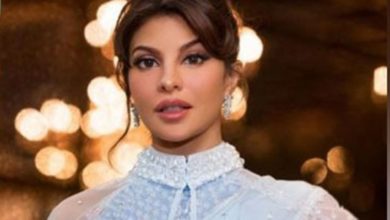 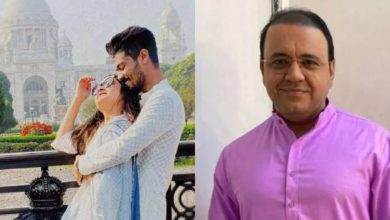