The spectacular start of Gujarat Titans in IPL 2022 finally got its first blow. Hardik Pandya, who made a tremendous start in the debut season by winning three consecutive matches (Hardik Pandya) The team captained by K.K. had to face the first defeat in its fourth match. Sunrisers Hyderabad Gujarat (SRH vs GT) Not only did he break his winning streak by defeating him by 8 wickets, but he also won the second match in a row. Heartfelt Hyderabad captain Kane Williamson’s strong all-round game (Kane Williamson) His half-century and finally the attack of Nicholas Pooran was defeated. Despite this victory, Hyderabad remains in eighth place, but Gujarat’s team has slipped from third place to fifth.

In response to the target of 163 runs from Gujarat, however, Hyderabad started very slowly and only 11 runs came in the first 4 overs. The tight bowling of Mohammed Shami and Hardik Pandya kept Kane Williamson and Abhishek Sharma (42 runs, 32 balls, 6 fours) tied. However, from the fifth over, the team started collecting runs and in the sixth over, Abhishek got 17 runs including 4 fours in the first over of Lockie Ferguson. Hyderabad got the first blow in the 9th over at 64, when Rashid Khan took the wicket of Abhishek.

After this, captain Williamson increased the partnership with Rahul Tripathi (17 runs, 11 balls), who did the job of scoring runs quickly. However, in the 14th over, Rahul fell to the ground as soon as he hit a six off the first ball of Rahul Tripathi. He felt pain in his leg, due to which the physio had to be called on the field and then under compulsion, he had to go out of the field after being retired hurt.

Gujarat had a chance to return, but captain Williamson completed his half-century by scoring a six and four in his own country’s pacer Ferguson.

Gujarat’s innings started in tremendous fashion as Bhuvneshwar Kumar bowled three wides in the very first over in which twice the ball went past the boundary while hitting the wicketkeeper. Along with this, Matthew Wade also got a four and thus Gujarat took 17 runs from the first over itself. However, then the opening pair could not do anything. Opener Shubman Gill (7), who was the star of the last two matches, was caught by Bhuvi in ​​the third over by Rahul Tripathi. T Natarajan (2/34), who came to bowl in the last over of the power play, sent Sai Sudarshan (11 runs) to the pavilion. In the eighth over, Umran Malik dismissed Matthew Wade LBW, who failed for the fourth time in a row.

From here all the responsibility fell on Captain Hardik Pandya. Hardik, who started fast, had to handle the innings, which reduced the pace of his runs as David Miller was run by Marco Yanson in the 14th over. In such a situation, young batsman Abhinav Manohar supported Hardik. Abhinav got full luck as the ball hit the edge of his bat 3 times over the slips for 4 runs.

Then in the 18th over, Markram left an easy catch on Natarajan’s ball. He took advantage of this by hitting sixes and fours in this over. Manohar (35 runs, 21 balls, 5 fours, 1 six) got two more lives in Bhuvneshwar’s next over. Although Tripathi caught his brilliant catch in the same over, but by then he had done his job. In the last over, captain Hardik Pandya (50 not out, 42 balls, 4 fours, 1 six) completed his half-century and took the team to 162 runs for the loss of 7 wickets. 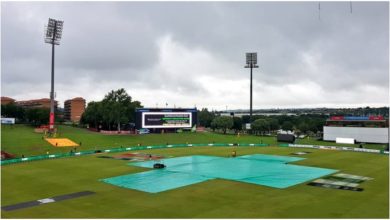 IND vs SA: Weather foul in Centurion, the thrill of second day’s play may be disturbed 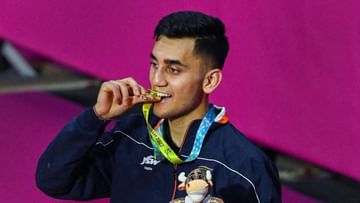 Interview: Gold in CWG, ‘Racket throw’ celebration, what are the challenges before Lakshya Sen? 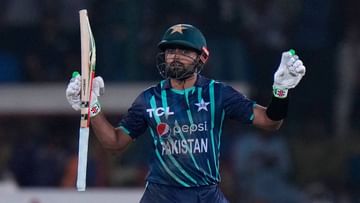 How will Babar Azam save himself now? Trapped bad by praising the British 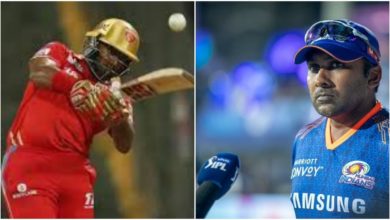 Between IPL 2022, Sri Lankan cricketers started worrying about home, expressed grief over the situation worsened by the emergency