21-year-old American singer Mita has shared this video on her Instagram account. She was seen with snakes during the shooting of a music video. During this, the snake bit him on his face.

In the age of fierce competition, people have become so blind that they do not hesitate to risk their lives. Recently, during a music video shoot with an American singer, something happened that got everyone nervous. American singer Mita herself has shared its video on her official Instagram account, which has spread like wildfire in the internet world.

21-year-old American singer Miata had a scary experience while shooting a music video. Actually, in the video, Mita is seen shooting with snakes. During this, a snake bit him hard on his face. Its video has gone viral on social media. In the video clip, you can see that the Miata is coated on a white backdrop. He is wearing a black dress. A black snake is seen crawling on top of Singer Mita. Meanwhile, a man tries to place a white colored snake on his body. Then the black colored snake bites Mitta’s face. So let’s see this shocking video first.

In the video you can see that as soon as the singer puts a white snake on top of the singer, then the black snake flares up. After this, in a jiffy, he bites on the chin of Mita. After the sudden attack of the snake, Mitya screams and grabs it and shakes it on the other side.

The American singer has shared this video on his official Instagram account named maetasworld. While sharing the video, Mita wrote in the caption, ‘Look at the things I have to go through to make videos for you guys.’

Let us tell you that Miata shared this video on 19 December. Now this video has gone viral. So far it has been seen about 5 lakh times. This number is continuously increasing. Miata has closed its comment section. That’s why people are not able to give their feedback on this video. Fortunately, the snake was not poisonous, otherwise there could have been a serious accident with Mita.

The man played a wonderful saxophone on the song of the film ‘Ram Lakhan’, a great video on social media 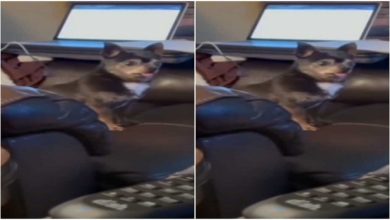 Viral Video: Kookdooku started doggy out of fear, you will also be surprised to see the video 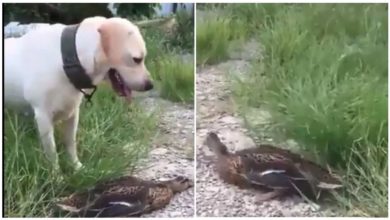 This duck acts better than Bollywood actors and actresses, people watching the video said- ‘This is really amazing’ 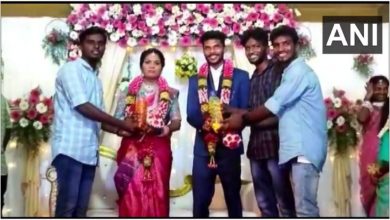 On going to the stage, friends gave a gift of petrol and diesel to the bride and groom, seeing the picture, people said – ‘It will be a profit to sell the next day’ 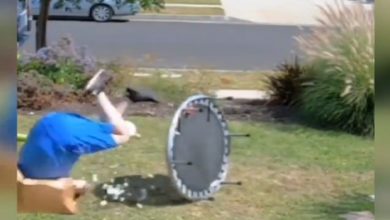 The delivery boy had a lot of fun in the middle of work, watching the video will make you laugh and laugh