Shah Rukh Khan Look: Since the release of the teaser of the film ‘Jawan’, Shah Rukh Khan is constantly seen hiding his look from the paparazzi. One such video has surfaced, in which Shahrukh’s face was covered with an umbrella.

Shah Rukh Khan, who is called the King of Bollywood, has been seen avoiding the eyes of the paparazzi for some time and hiding his face from them. By the way, you all must know that King Khan is going to be seen in the film ‘Jawan’ very soon. In such a situation, he does not want to share the look of his character in the film with anyone. This is the reason why Shahrukh is sometimes seen hiding his face behind a hoodie, and sometimes behind an umbrella. Now a similar video is going viral again on social media, in which Shahrukh His guards cover his face with big umbrellas. While his fans are cursing the paparazzi by drinking water after watching this video, some people have reacted in a funny way too. One user has written – Give one umbrella to Urfi, brother.

In the video going viral, you can see that Shahrukh is seen getting out of his car, but continues to walk without showing his face to the camera. You can see how desperate the paparazzi are to capture a glimpse of King Khan on camera, but Shah Rukh’s guards hide his look with huge umbrellas at the last moment. It is believed that Shahrukh is doing this in an attempt to hide the look of his upcoming film ‘Jawan’ from the people. So let’s watch this video.

Watch in the video, then Shahrukh was seen hiding his face

This video has been shared by celeb photographer Viral bhayani on Instagram. Along with this, it is written in the caption, Guarding Shahrukh’s face with big umbrellas. Now seeing this video, Shahrukh’s fans are very angry with the paparazzi. Fans say that when King Khan does not want to show his look, then why are you forcibly following him.


Commenting on a user, wrote, Shahrukh has shown the right path to the paparazzi. At the same time, another user says, hey brother, chill when they do not want to give you pictures, then why are you bothering them. Another user, reacting in a funny way, wrote, Hey brother, give an umbrella to some Urfi. 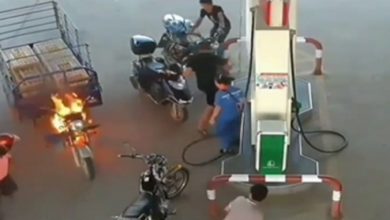 VIDEO: When the car parked at the petrol pump suddenly caught fire, then the girl showed amazing courage 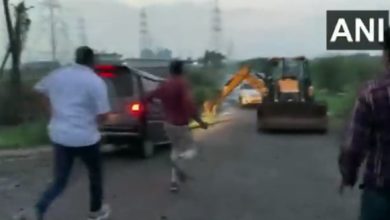 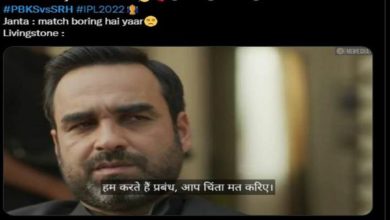 PBKSvsSRH: Orange Army kneels in front of Livingston, bids farewell to the team from victory, fans of Punjab celebrate victory by sharing memes