bhojpuri film superstar pawan singh ,Pawan Singh, Nowadays they are surrounded by controversies. He is in the headlines every day and the reason for being in the headlines was earlier believed to be Khesari Lal Yadav and now he is in the headlines for the divorce application from his second wife. He is in the headlines these days on both the professional and personal front. Recently his second wife Jyoti Singh (Jyoti Singh) He had filed for divorce from him, which was heard on Thursday only. In the hearing held on Thursday (26 May), both reached the court and kept their point. During this, both of them also had counseling for a while. And now only one day has passed and Pawan Singh has released a new song ‘Sasura Mein Mard Ke Dard Ho’. (Sasura Me Marad Ke Darad Ho) has been released. This song is becoming fiercely viral on social media.

Pawan Singh’s fan following is enough. He has millions of followers on social media and that is why he keeps on bringing new songs for his fans every day. He has once again released a new song ‘Sasura Mein Mard Ke Dard Ho’. This song has been released on May 27, which has been released by Worldwide Records Bhojpuri on its YouTube channel. This song has got around 5 lakh views so far. In this song, he has appeared with Garima Parihar. Pawan Singh has been seen for the second time in a project with Garima Parihar. People are very much liking this song. Anyway, people are crazy about Pawan Singh’s voice. The magic of his voice is that people give so much love to his songs.

You can say about this song of Pawan Singh that he released this song only a day after the divorce petition was filed and hearing to overcome the tension. This also shows that Pawan Singh takes his personal and professional work separately, that is why nothing can dominate his heart-o-mind. Talking about this song, it has been shot in the best way. Full care of better location and greenery has been taken in this song. Filmed in a simple way, people are liking this song very much.


Both stars will be seen in ‘Mera Bharat Mahan’ 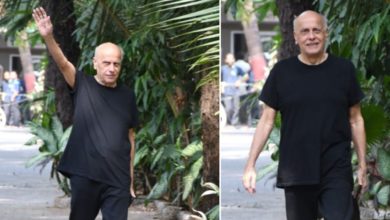 Video: Srivalli of ‘Pushpa the Rise’ now in Bhojpuri version, Bihari style of Allu Arjun’s fan is being well-liked

Román Zaragoza on ‘Ghosts’ and Native Illustration On Tv