In the ICC T20 World Cup-2022, Pakistan could only score 137 runs in front of England only. England’s left-arm bowler Sam Curran has been instrumental in stopping Pakistan till this score.

between Pakistan and England ICC The final match of T20 World Cup 2022 is being played. Where England captain Jos Buttler won the toss and decided to bat first and proved his captain’s decision right. England The bowlers destroyed Pakistan’s batting order. Especially England’s star all-rounder Sam Curran .. wicket Get it whenever the team needs it.

Mohammad Rizwan and Babar Azam were emerging in the final match that Sam Karan broke the pair in the fifth over and then all the batsmen of Pakistan laid down their weapons and the team could only score 137 runs after a lot of effort. . Sam Curran took three wickets for just 12 runs in his four overs in the final match. This is by far the best performance by any fast bowler in the final of the T20 World Cup. With this, #SamCurran is trending top on Twitter. Cricket fans are being given their own reactions with this.

#EngvsPak
Tv Commentators :- Sam Curran bowling so well at such a young age…

This is the reason why sam curran is a match winner. #PAKvENG pic.twitter.com/hu4qP1CE7v


Let us tell you that Sam Curran has become the highest wicket-taker for England in the T20 World Cup. Earlier in the year 2010, when Ryan Sidebottom took the most wickets for England, England became the world champion. 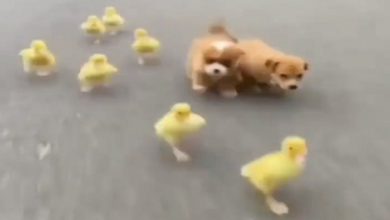 The condition of the dogs deteriorated in racing with the little ducks, you will also be surprised to see the video 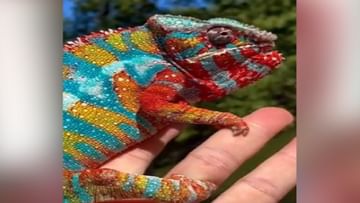 VIDEO: Have you ever seen such a colorful chameleon? People said – who can be a better painter than God 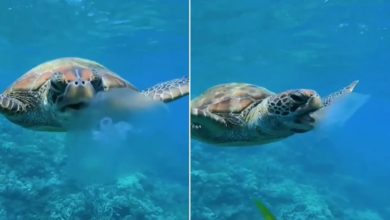 VIDEO: Sea turtle could not eat jellyfish even after wishing, don’t believe it yourself 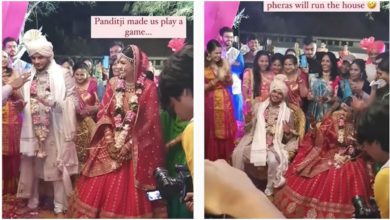 Competition between bride and groom started in the pavilion after Pandit ji said, people lost their laughter after watching the video