Raveena Tandon In Trouble: Actress Raveena Tandon is in trouble after going to the Tiger Reserve and taking pictures of Tiger from very close range and making a video. Raveena has shared these videos and photos with her social media handle.

Raveena Tandon Tiger Video And Photo: Actress Raveena Tandon is busy shooting for one of her films these days. Madhya Pradesh are in. Raveena here Satpura Tiger Reserve I reached there and did a lot of photography. Raveena Tandon shared Tiger’s photo and video on his Instagram and Twitter, after which Raveena Tandon The difficulties have increased. After this video surfaced, orders have been given to investigate the matter. Sub-Divisional Forest Officer Dheeraj Singh Chauhan said that the matter is being investigated on the instructions of senior officials. This incident is of 22 November.

Raveena shared this video on her Instagram. In the video, you can clearly see that Raveena is taking the photo of the tiger. The tiger had come very close to his car and was roaring angrily. This video of Raveena Tandon became increasingly viral on social media. Now the officials are investigating this whole matter and the video.

Let us tell you that Raveena Tandon had reached Satpura Tiger Reserve located in Narmadapuram district of Madhya Pradesh. Here he enjoyed the jungle safari. Raveena is fond of photography, she clicked photos of many animals here. Raveena has shared this photo on her Instagram.

Van Vihar, Bhopal. Madhya Pradesh. Tourists (miscreants) pelt stones at the tigers. It’s a good laugh to be told not to do it. Laugh, shake the cage – throw stones. No protection for the tiger. humiliation they are subjected. @van_vihar pic.twitter.com/fS1fpB2wBW


Let us tell you that Raveena Tandon had also shared a video in the beginning of November in which she had reached Van Vihar National Park in Bhopal. There was also talk of some people throwing stones at the tiger’s enclosure. Raveena had tweeted, Van Vihar, Bhopal, Madhya Pradesh. Some rogue tourists throw stones at the tigers. When told not to do so, laughs, shakes the cage, and throws more rocks. There is no protection of tigers. They are being openly abused. However, now Raveena Tandon is being criticized for photographing the tiger like this. 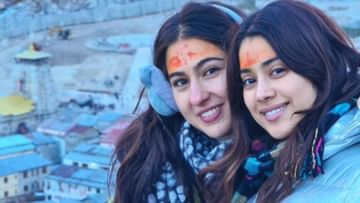 ‘She was trembling, her lips were blue’ Jahnavi told- Sara took a cheap hotel in Kedarnath to save 6000 rupees 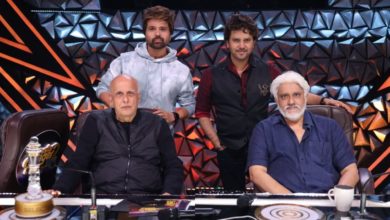 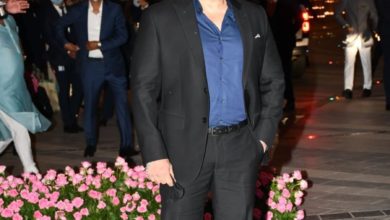