Rajeev Chandrashekhar said, today, the world sees us as a country of governance with reforms, transparency and accountability where every rupee spent reaches directly and digitally into the account of the beneficiaries, thereby preventing corruption. All roads are closed.

Union Minister of State, Rajiv Chandrashekhar, Members of the Royal Family of Dubai, His Highness Sheikh Mohammed bin-Makhtoum bin Jumma Al-Makhtoum and Satnam Singh Sandhu at the event in Dubai book ‘Modi @ 20: Dreams Meet Delivery and Heartfelt – The Legacy of Faith’ while inaugurating

Giving his address, Rajiv Chandrashekhar said, Prime Minister Shri Narendra Modi is the builder of New India. Many areas of India have changed under the leadership of PM Modi in the last eight years. Before 2014, India was seen as a country with policy paralysis, corruption as an integral part of governance and a weak democracy. Today, the world sees us as a country of governance with reforms, transparency and accountability where every rupee spent reaches directly and digitally into the account of the beneficiaries, thereby closing all the paths of corruption. . In terms of infrastructure, modern India is building modern infrastructures. In previous governments, there was a paucity of funds to spend on infrastructure development as a tax-GDP ratio, and there was less FDI inflow into the country.

The minister further said, under the leadership of PM Modi, it has happened for the first time in history that the actual tax collection has exceeded the target set by the government. It gives an opportunity to the government to spend on development of modern infrastructure including expressways, fast railways, ports. Currently, the government is spending Rs 7.5 lakh crore annually on building infrastructure, which lays a strong foundation for the ecosystem of change. The government under the leadership of PM Modi has made India one of the fastest growing innovation ecosystem as more than 100 unicorns were installed during the last two years. Unlike the previous governments, the common man can now think freely about getting opportunities and money to realize his dream of becoming an entrepreneur.

Union MoS Chandrashekhar said, when the country was facing the crisis of economic recession during the global pandemic in 2020, PM Modi turned the pandemic into an opportunity for India by laying the foundation of a self-reliant nation. India not only produced 200 crore indigenous vaccines for its citizens, but also emerged as a global manufacturing hub for producing affordable vaccines for the world. In addition, India received the highest FDI inflows during the last two years and emerged as the fastest growing economy in the world. By launching various initiatives like Digital India, Make in India, Start up India, India has been able to emerge from this pandemic firmly due to the strong foundation laid by Prime Minister Narendra Modi from 2014 to 2019. This shows the strong vision and vision of our Prime Minister Narendra Modi.

country towards becoming a developed nation

Giving details about India’s emergence as a manufacturing hub in the field of IT and Electronics, Union Minister of State for Skill Development and Entrepreneurship, Electronics and IT Rajiv Chandrashekhar said, before 2014, 92 per cent of the usage by Indians Mobile phones were imported from other countries and there was no export by India in this region. But today in 2022, the Government of India with a strong policy to encourage indigenous manufacturing, 97% of mobiles are being manufactured in India and more than 70,000 mobile phones and its components are being exported to other countries. Is. PM Modi has ensured that the quality of life of every Indian improves through ‘Sab Ka Saath, Sab Ka Vikas and Sab Ka Prayas’. As we celebrate 75 years of our independence, with the hope and vision given by PM Modi, India is looking towards Amrit Kaal (next twenty five years) to become a developed nation by 2047.

His Highness Sheikh Mohammed bin-Makhtoum bin Jumma Al-Makhtoum, Chairman MBM Group, said, “India is a country of diversities, with people with diverse faiths, communities and languages, but, under the leadership of Prime Minister Narendra Modi, the world has a mission to India. , sees as one nation with one vision and one family. Despite many diversities, the whole country has been absorbed in one idea of ​​walking on the path of progress and development. He further said that “India and UAE have always had strong bilateral ties which are scaling new heights after Narendra Modi became the Prime Minister. UAE has always learned from Indian values, ethos, culture and its diversity. Our education system is largely imported from the Indian education system.

Sheikh Mohammed bin Jumma Al-Maktoum, a member of Dubai’s royal family, said the Indian diaspora has played an important role in developing the city of Dubai into a world-class destination for business, tourism and other sectors. Indians have contributed to making Dubai the city of dreams, they have been here since it was not even a city.

Addressing the gathering at Vishwa Sadbhavna, NID Foundation Chief Patron Satnam Singh Sandhu said, Prime Minister Modi has not only given us a developed nation, but has also made us aware of the path and process to achieve it. As a global leader, PM Modi has enhanced India’s global image, which the world now sees as a country that creates opportunities for its citizens and the world seems to be benefiting from. People-friendly decisions and the vision of taking everyone along has made India a country of hope and future.

Sandhu said that “the spirit of world goodwill emanates from the Prime Minister’s love and respect for the people and humanity at the global level. In his 8 years in power, the Prime Minister has shown all the signs of being a true global leader in his efforts to bring the whole world together. That feeling is the soul of goodwill.” Taking inspiration from the teachings of the Sikh first Guru, Guru Nanak Dev, the NID Foundation will continue to celebrate “world-harmony” in Dubai by participating in the Gurpurab celebrations at Gurdwara Guru Nanak Darbar, Dubai on November 8, he added.

Giving information about the Gurpurab celebrations in Dubai, Satnam Singh Sandhu, Chief Patron, NID Foundation, said, “Over 20,000 Sikh Gurdwaras in Dubai are under the management of Guru Nanak Darbar and NID Foundation to celebrate the 553rd Prakash Parv of Guru Nanak Dev Ji. will be involved in. Where PM India Narendra Modi and PM UAE Mohammed bin Rashid Al Maktoum will pray collectively for the healthy life and prosperity of both the countries.

Elaborating on the book ‘Heartfelt – The Legacy of Faith’, Satnam Singh Sandhu, Chief Patron, NID Foundation, said, “It is a sincere attempt to document the facts of the history of the Sikh community and the teachings and philosophies of the Sikh Gurus. Used to be. It reflects the virtues of Sikhism such as Sattva, Santokh, Mercy, Humility and Love, and shows that the values ​​and ethos of the country have not been forgotten, but have been implemented in our governance model due to their universal and timeless relevance. being done. Taking as central theme the five essential qualities of Sikh life, this book links the Sikh lifestyle to the various initiatives taken by Prime Minister Narendra Modi for the interest and welfare of Sikhs and Punjab, thereby creating true values ​​for the entire human race. The personality of the Prime Minister can be exposed to maintain compassion, humility, contentment and love.


NID Foundation is working tirelessly for nation building in various capacities. From implementing the new education policy to bringing Indian universities to the top positions at the international level, the foundation has taken several decisive steps since its inception. 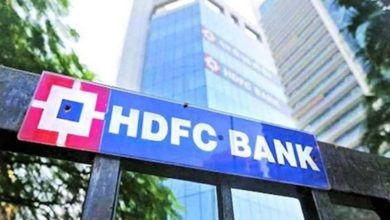 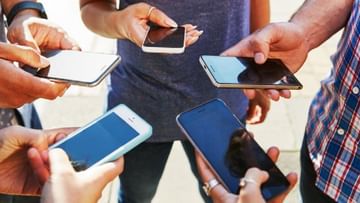 Smartphone prices are going to increase in India, know what is the reason 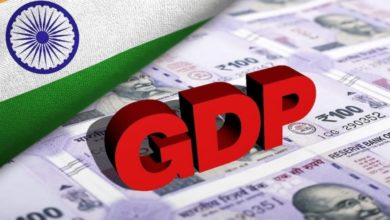 With the current investment strategy, the rapid growth of 8% can continue for the next two decades: Railway Minister 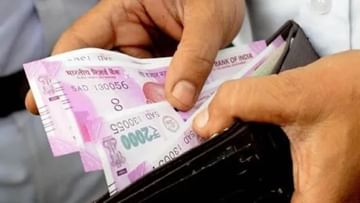 SBI RD or Post Office RD: How much to invest every month to raise Rs 7 lakh