Kim has done three marriages so far. She first married Damon Thomas in the year 2000. Both of them separated in the year 2004. After this, she married Kris Humperis in 2011, but Kim was divorced from her in 2013.

Seems like Kim Kardashian (Kim Kardashian) and her boyfriend Pete Davidson (Pete Davidson) Now they are completely ready to reveal their relationship to the world. Because last day the premiere of Kim’s upcoming show (Show Premier) But Pete reached there to support Kim. This was the first official appearance of the couple. Some of whose pictures are going viral on social media. In such a situation, his fans are very happy to see both of them together.

Pete-Kim appeared as a couple for the first time

Ever since Kim separated from her husband Kanye West, she has been proving that she is serious about this relationship by giving pictures and sometimes statements about her with her boyfriend Pete Davidson. Although, till now these two were not seen together in public, but Kim’s upcoming show has done this too. Recently, Pete Goya arrived in the studio to attend the premiere night of Kim’s upcoming show. According to Hollywood media, he was spotted with his lady love while coming out of the event. While Kim was wreaking havoc in a bold look, Pete looked quite handsome in a semi casual look. The couple came out with a very happy mood.

Kim, who has been dating Pete for a long time, used to shy away from saying anything about their relationship, but some time ago she revealed in a show called Good Morning America that she was very happy and peaceful after dating Pete. are in. Although, no official statement has been made by Pete on this relationship so far, but the way he came to support Kim for the show and came out together, it is clear that his move is an official announcement regarding this relationship.

Kim is the mother of 4 children

read this also-Alia Bhatt imprisoned herself in the house before marriage, you will be surprised to know the reason

read this also-Samantha is separated from Naga, but there is still a special bond with brother-in-law, happy birthday

Anushka Sharma shared new pictures from England, wrote in the caption ‘Don’t be fooled by this smile’ 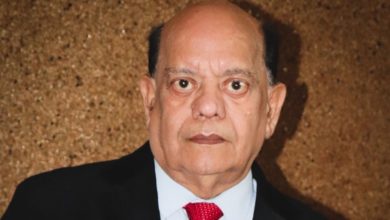