You might have missed it, but a milestone was reached at the last Academy Award ceremony: Costume designer Ann Roth became the oldest woman ever to win an Oscar. To be specific, she was 89 years, 5 months and 27 days old at the time last April when she was given her award for creating the ‘20s-vintage duds and very large dress in Ma Rainey’s Black Bottom. That’s mere months away from the oldest Oscar-winner (James Ivory, who was 89 years, 8 months and 26 days old in 2018 when he was honored for his screen adaptation of Call Me by Your Name).

Now a feisty 90, Roth is not one to rest on her laurels—although they keep a-coming. In October, she received her third Lifetime Achievement Award—this, the Ming Cho Lee Award from the Henry Hewes Design Awards. She also has the Irene Sharaff Award from the Theater Development Fund and a place in the Theater Hall of Fame on the walls of the Gershwin.

It must be blissfully reaffirming to be given a Lifetime Achievement Award bearing the name of your mentor. Roth was painting scenery at Pittsburgh Opera when she first encountered Sharaff, who, properly impressed, invited her to California to work on Brigadoon—and beyond.

Before that, Roth got her start from a couple of Carnegie Mellon classmates: William Ball, who founded the American Conservatory Theater in San Francisco, and Ellis Rabb, who founded the Association of Producing Artists, which brought new works and noteworthy revivals to Broadway and to regional theaters. Rabb kept Roth pretty busy on the East Coast, where she dressed The Merchant of Venice for Lincoln Center and The Royal Family for Broadway.

“That part of my career was, basically, based on friendship—no money but good work,” Roth relates. “I left Pittsburgh in ’53 or ’54 and went to California because I heard, if you wanted money to make costumes, you went to California. They had money for costumes. The East Coast was definitely poor people’s country. I worked in places that weren’t very glamorous, but in California I went to work right away at Western Costume Company and then with Sharaff.”

By chance, Roth recently caught on television the “Born in a Truck” sequence from Judy Garland’s A Star Is Born, and it reminded her of what a hard-driving dynamo Sharaff was.

“That was maybe the third thing I did with Irene. She did the costumes and the scenery. She was a powerhouse—and a gorgeous person to look at, striking beyond words. Her clothes were all made to order. She had a voice that could send chills down your spine, and she knew how to make a forbidding entrance into any workroom. She was very scary. I remember there was this actress in Flower Drum Song who told Irene she didn’t care for something in the fitting room, and I saw Irene get up from her chair and grow seven feet tall, and the actress shrunk away.”

Roth thought that was how a top-echelon costume designer behaved but brought it down a notch or two when Sharaff ushered her onto Broadway with Robert E Sherwood’s Small War on Murray Hill in 1957. Small, indeed. It ran 12 performances—but there were longer, grander runs in the next 63 years (Take Me Along, The Book of Mormon, Seesaw, Purlie Victorious and the musical Purlie, The Crucifer of Blood, Play It Again, Sam). Her last Broadway designs (circa 400 A.D) were for 2019’s Gary: A Sequel to Titus Andronicus; her last Broadway task—a 2020 revival of Who’s Afraid of Virginia Woolf?—was a pandemic casualty early in previews.

In addition to these 106 shows, Roth managed to shuffle in 131 movies and 10 television productions. The first film she designed was a 1964 comedy about a couple of teenage girls stalking an eccentric concert pianist, The World of Henry Orient. Her most recent job was to dress a pre-teen city-dweller for the suburbs in 2022’s Are You There God? It’s Me, Margaret, which James L. Brooks is producing from the Judy Blume novel. In between are such visually varied works as Places in the Heart, Hair, Klute, Silkwood, The Mambo Kings, Mamma Mia!

Her most honored film is Ma Rainey’s Black Bottom. The BAFTA (Britain’s Oscar) and the Costume Designers Guild Award preceded her stateside Oscar. She skipped all three ceremonies, preferring instead to let her work speak for itself (which it does, in volumes).

Gertrude “Ma” Rainey was a broad-beamed blues singer and recording artist who died at 53 in December of 1939, having gone through her whole career avoiding cameras. “There are only seven photographs of her that exists, and none of them are very clear,” says Roth. Undaunted, she nevertheless managed to make a Ma Rainey out of Viola Davis, an actress who is nowhere near Ma’s weight division. “The trick to that was that I used Aretha Franklin’s measurements.”

Davis couldn’t come to New York before the shooting, but she did drop by for a fitting on her way from Providence, her natural home, to L.A. A rubber body suit was made overnight, ready for her to step into. “I had a dress that I liked—an old ‘20s dress for a big girl—just as a pattern, as a shape to put over this rubber thing,” Roth says. “The minute that I put that on her and threw that dress over her head, she looked in the mirror, and she was free of Viola. We put a pair of shoes on her, lifting up her hiney up a bit, and there was no Viola left. That’s a present you give an actor. You take him or her away from themselves and let them be the character.”

Davis and the late Chadwick Boseman, who played her trumpeter Levee, were both Oscar-nominated for characters that Roth helped them find and create. She particularly enjoyed working with him: “Adorable. Glorious. Really darling. I introduced him to a trumpet player from my wild youth named Bunny Berigan. Chad’s wife sat in the fitting room. Ordinarily, I don’t let people—women, mothers, wives—in the sitting room, but she was capable of getting those tunes on her cellphone, so I let her stay, and we played music of my youth. The last time I I saw Chad, I was playing the music from a documentary, Say Amen, Somebody, in the makeup camper. We were singing some hymns and dancing, and he joined in. That was charming.”

As a costume designer, Roth labors mightily not to call attention to herself—“It’s not the costume, it’s the character”—and asks the same questions actors do about who they’re playing.

It’s a rule that is practiced by most costume designers. With Roth, this has an extra fillip. “I hate to use the word quirky because I don’t think of myself as quirky, but I would say my costumes have a weird sense of humor,” she admits. “I don’t know anybody else who does that. I’m not bragging about it. I’m just saying that that’s a fact.” One needs to look no further for an Exhibit A than the black negligee that she wickedly concocted for Barbra Streisand in The Owl and the Pussycat; it came with a pair of pink hands that were painted on her brassiere.

That comic characteristic has been with her since the start of her film career. In The World of Henry Orient, because her mother (Angela Lansbury) is in Europe and wouldn’t know about it, the lead teenage girl (Tippy Walker) decides to wear her mother’s mink coat to school.

In the opening scene of The Odd Couple, Roth decided to bring on Walter Matthau in boxer shorts. “Everybody was aghast. They said, ‘But he’s in his underwear!’ I said, ‘That’s right. It’s his home. He can wear underwear in his own home.” The funny logic of that made a lifelong friend and collaborator of director Mike Nichols. They wound up doing 13 different projects together (Hurlyburly, Heartburn, Death and the Maiden, Primary Colors, the TV Angels in America).

Similarly, she struck humorous, harmonious vibes five times with John Schlesinger (Midnight Cowboy, The Day of the Locust), four times with Sidney Lumet (The Morning After, Q&A), three times with Anthony Minghella (The Talented Mr. Ripley, Cold Mountain, and her Oscar-winning The English Patient) and another three with Stephen Daldry (The Hours, The Reader).

In the actor’s division, Nathan Lane has worn the most Roth disguises—as a domesticated drag queen (The Birdcage), as a mincing burlesque comic (The Nance) and as the aforementioned Gary, a clown who survive Shakespeare’s carnage. The first two are rocky memories for Roth.

“I don’t think I got very nice notices in California for The Birdcage,” she vaguely recalls. “The California upper-class fairy Mafia didn’t care for the way I dressed Nathan. It didn’t hurt me. I just ran off and did The English Patient. As for The Nance, I never saw it after opening night. I would like to have done that again because I wasn’t super-pleased with the way my work turned out. The Tony she received for The Nance did, however, make her feel marginally better.

For Roth, the secret of her long-running success is the friendships and creative relationship that she has made along the way. These people just keep coming back for more and more and . . . 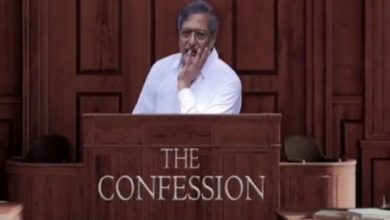 Nana Patekar will be seen in Anant Narayan Mahadevan’s social thriller ‘The Confession’, know how his role will be? 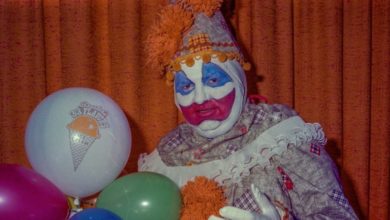 Taapsee Pannu arrived wearing a bikini on the red carpet, was blown away by the glamor 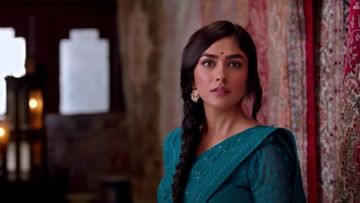