You have to find 9 hidden faces in this picture of optical illusion, which is no less than an ordeal. Looking at the picture at a glance, you will feel that it is easy to find the hidden faces in it, because they are visible in front only, but may not be able to find all the faces.

This picture of optical illusion will blow your mind

social media but a variety of things viral keep happening, in which optical illusion are also included. It is also called optical illusion i.e. ‘deception of the eyes’. There are many types of optical illusions. Many pictures are supposed to tell the personality of a person, while there are many such, which have hidden things inside and it is a challenge to find those things. This way optical illusion Really the eyes are deceiving. No matter how much you try to find hidden things inside them, they confuse you more. Today we have brought one such picture for you, which will make your mind curd. You will get so engrossed in it that it will seem that your brain has stopped working.

Actually, in this picture of optical illusion, you have to find 9 hidden faces, which is no less than an ordeal. Looking at the picture at a glance, you will feel that it is easy to find the hidden faces in it, because they are visible in front of you, but after finding two or four faces, your head will be upset.

In the picture you can see that two trees are standing straight, with many branches sticking out here and there and also a few leaves. At the same time, there are some bushes under the trees, which are looking very dense. Faces are hidden even in these dense bushes. The background of these trees has been made such that the faces can be seen clearly. If you try to find, then you will get to see three big faces above and if you pay a little more attention, you will see two faces hidden in the bushes below. After that you will start having real trouble finding the faces.


If you can’t find it then know

By the way, to ease your difficulties, let us tell you that the white parts in the picture, all the faces are hidden inside them, on which more attention needs to be paid. Let us tell you where the rest of the faces are hidden. The face on the right has one face hidden above and below, whereas if you look at the face on the left and in the middle, you will get to see two more faces and you have already found five. 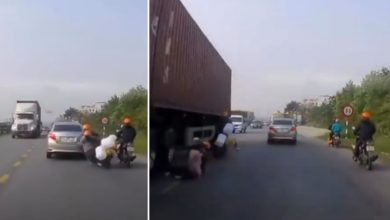 Viral Video: The mother saved her son from coming under the truck, the soul will tremble after watching the video of the accident! 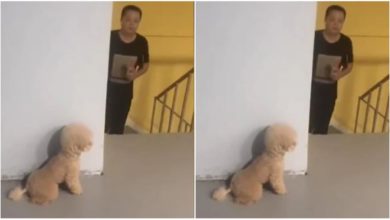 Viral: Doggy did a funny prank with his owner, you will be laughing after watching the video 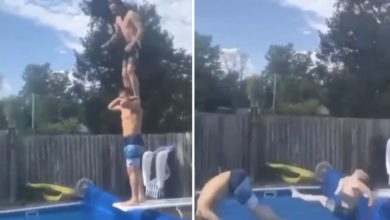 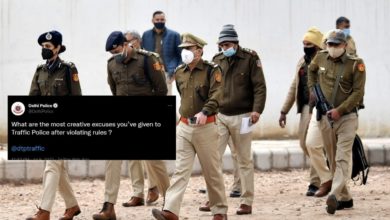 Delhi Police asked- If the police are caught on the way, then what excuse do you use? A brother-in-law told such a trick that work should come on every occasion