India’s bowling against Hong Kong was mixed. The good thing is that those who bowled poorly, Virat Kohli bowled very well to them.

New Delhi: In the match against Hong Kong Virat Kohli Came off as a full entertainer. Not only did he entertain the fans with the bat, then by holding the ball in his hand also increased the noise of the stadium. This was the first time after 6 years that Virat was bowling in the T20 format of cricket. India’s bowling against Hong Kong was mixed. Some bowlers did very well and some bowled equally poorly. The good thing is that those who bowled poorly, Virat Kohli bowled very well to them. After 6 years, even after landing on the bowling, he allowed only 6 runs to make Hong Kong against him.

Virat Kohli bowled in the death overs against Hong Kong. He bowled the 17th over for his team. In this one over, Virat gave only 6 runs and bowled a ball dot. Taking out such economical overs in slog overs is a big deal for any part time bowler and Virat Kohli has done it.

After 6 years, Virat bowled in T20I

The last time Virat Kohli bowled before this was in the year 2016. Though he was a bit expensive then he was successful in taking wickets. Virat could not do the same against Hong Kong.

Virat Kohli bowled in the semi-final match of the T20 World Cup against West Indies in the year 2016. Then he took 1 wicket for 15 runs in 1.4 overs. During that time 4 balls were bowled while 1 four and 1 six were eaten.

5 years have passed since Virat Kohli bowled in white ball cricket. In the year 2017, he last bowled in ODIs against Sri Lanka.


hong kong Before bowling an over against Virat, Virat had scored a brilliant half-century with the bat. He played an unbeaten innings of 59 runs off 44 balls. This is his 31st fifty in T20Is. 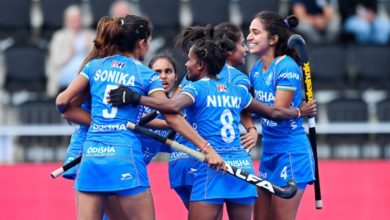 The finisher who became a ‘danger’ for his team, made the record which Dhoni could not break 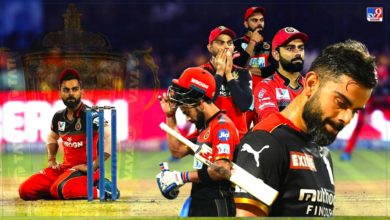 Explainer: How does the form of a batsman go, why does a legend like Virat Kohli crave to score every single run?